Jurassic-era fossils –now I own one 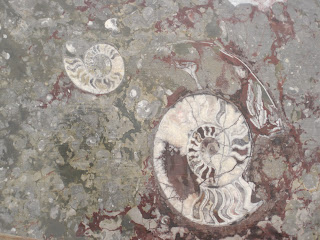 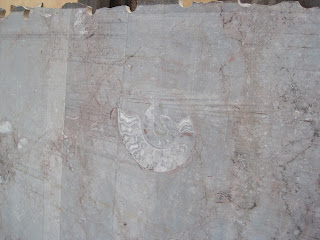 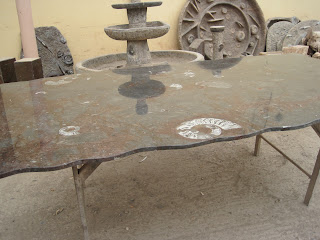 I can’t even imagine having a dining room table made out of rock containing prehistoric fossils. 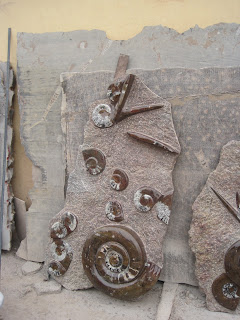 Or a sculpture. A bathroom sink. A kitchen counter.

Or even a small dish. 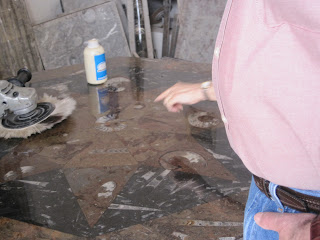 And yet, we saw an operation that mined fossil-rich rock from Erfoud, Morocco and carefully dissected it to find fossils, hundreds of thousands of them. Fossils that we’d put in museums are easy to own as there are so many of them here. Amazing.

In the video below, one of the owners is polishing up a piece laden with fossils and talking about what he does.

The diva wanted a small fossil-laden sculpture, but in thinking about the boxes yet to unpack in her garage, better sense prevailed and she bought a small dish, instead. A dish with an ammonite fossil.

An ammonite is a cephalopod that first appeared circa 400 million years ago and became extinct approximately 65 million years ago (at the time of the dinosaurs, also victims of the Great Meteor) Its modern-day ancestor is the Nautilus.

Million years. 65 of them. That’s how old the fossil in my little dish is, at minimum.

Amazing, isn’t it? This is the kind of stuff we’d see in a museum.

Just another example of how wondrous it was to be in a country that has such ancient history, pre-historic history that is a part of how they lived and made their living.