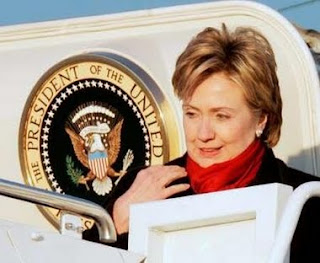 I support the president. I do. And I think having him in office is better than having any one of the intellectually-weak right wing cabal in the White House.

I’m proud that the country was ready to elect a mixed-race president.

But it makes me nervous that he was’t ready for the office he holds.

I am surprised to see he and his advisors haven’t learned from the last successful Democratic president.

First, “it’s the economy, stupid.” I mean, it doesn’t take a rocket scientist to know that. And even if they were completely out of touch with the American people, and they may well be, how can they forget it’s how Bill Clinton (whom I miss every day) won his campaign?

Second, health care is complex and fraught with peril. To take that on as a primary issue right out of the chute, when so many Americans are hurting, is inexplicable. How about paging back to the early days of the Clinton presidency, when he made that same mistake?

As I said way back in 2008, I just don’t think candidate Obama was ready for the big chair, and so far, it seems I’m right. Hillary was far more qualified and experienced. She did a great job for New York state. She’s mature. She should be sitting in that chair.

However, the country was not ready to elect a strong woman.

No. It was far more ready for a far less experienced mixed-race man.

Man was the operative word.