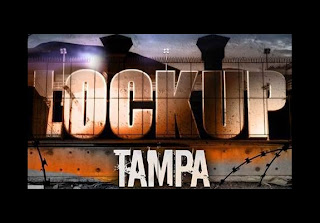 Flipping channels the other night I found a show about my old city, Tampa. Lockup: Extended Stay Tampa is a docu-reality show about the county jail and the people who live and work there.

When I did a 12-hour overnight ride-along with the Tampa Police Dept. in the late 1990s, we dropped quite a few law-breakers off at that particular facility.

After a few episodes, I noticed a definite gender difference in how prisoners did their time. These shows are already strange, but a psycho-social analysis was irresistible.

Don’t ask me why I notice weird things like this, but I do.

And it puzzled me.

Men in prison focused on keeping mind and body strong. Many of them exercised daily, even in isolation. Pushups, jumping jacks, situps in their cells kept them in top shape. Higher education activities were big. A few taught themselves to read and write and some drew. Generally, even those with long sentences seemed to understand (either intuitively or from experience) how to do their time and stay relatively sane. The women, on the other hand, had different habits. I was aghast to see them making eye liner out of #2 pencils and spending their time penciling on crazy half eyebrows and even lining the  inside rims of their eyes with graphite. That can’t be good for them.

Those skilled with hair spent their time cutting and styling the other female inmates’ tresses. Without access to hair mousse or gel, they made it out of roll-on deodorant (yeww!) or even jello they were served for dinner. That stopped, though, when some of them got ants in their hair when they went to bed.

Worse, the show profiled a woman, a mother no less, who idolized serial killers and spent her time writing letters to them. She spent quite a lot of time crafting one to Charles Manson.  I think she was the same woman who couldn’t wait to get back to her daughter. A horrific possibility.

I’m sure some men must have corresponded with jailhouse girlfriends, but it didn’t seem that any of those women were convicted killers.

During the series, and on other series like this, I never saw a single female inmate working out, reading a book or doing anything to better themselves. Most of them packed on some pounds while incarcerated, eating jailhouse swill and sitting around thinking up weird jailhouse cosmetics.

There was such a vast difference in how the genders did their time–at least on TV–men and women both seemed to regress into stereotypical role behavior.  I can’t help but be curious about why prison generates this kind of behavior. Any ideas?

And then, there was the interview with the guy in charge of food service. He was inordinately proud of his “heart-healthy” menu and claimed Hillsborough County’s jail was the only one he knew of with that kind of a menu.

As a case in point, he showed breakfast: a biscuit, a slice of bologna and what looked like sugary cereal. Inmates also got some colorless grape-tasting vitamin-enriched drink in vast quantities. I’m not sure on what planet a meal like that would be heart-healthy–maybe in Tampa. It looked disgusting.

Jail’s a different world, that’s for sure.

What do you think? I’d love to know, and especially if you’ve been in jail or are a corrections professional.