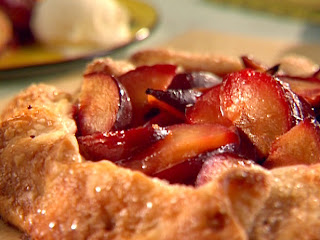 Have you ever read a really good recipe, one so luscious your tongue actually feels the tang of sea salt or the sharp hit of cinnamon, one so good that you can feel the plummy colors of a tart in your mouth and hear the crisp snap of a vivid orange carrot, all senses engaged like a dose of hallucinogen?

That’s exactly what it’s like when I read a travel book about Italy.

I spent most of my long flight yesterday from SFO to JFK in my head, walking the streets of Rome, in all its cacophonous glory; remembering how rundown Palermo, Sicily graphically spoke of zoning corruption even as I recalled the taste of sweet, rich ricotta in cannoli from a tiny pastry shop down the street…. remembering long, lazy, bee-filled fall afternoons writing at the big table on a hill in Piemonte.

Only two years since my last visit to Italy, but it feels like too long.

Italy. It’s the only place I long for like an addict craves a needle and reading about Italian travel only makes it worse.

I spent a month in Rome, was it 2005? I can still see the view overlooking the citta from atop the monument to Vittorio Emanuele II, which I congratulated myself on climbing, by the way. The bones of St Peter found under the Vatican were revealed by a priest who took our small group on the moving Scali tour and vividly recounted how early Christians hid from their persecutors. A majestic Mass at the Church of Santa Maria Maggiore bought me to tears. And why do a cappuccino and cornetto taste so much better in a small café in Rome than anywhere else?

Rome—all of Italy, really – touches me in ways primal and deep.

Italians live amidst their history and a long history it is. In each city’s centro storica, or historical center, we tread in the footfalls of ancient Romans depicted in frescoes and mosaics. It’s MY history and maybe that’s why it resonates in some collective unconscious. 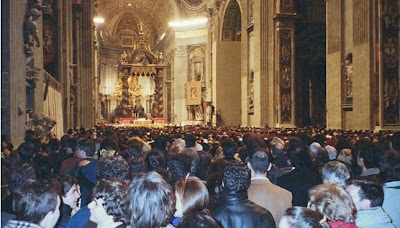 Midnight Mass at St. Peter’s on a bitterly cold Christmas Eve 1991 was both miserable and majestic, especially when we had to walk three miles back to the hotel against a cold wind in the early morning hours of Christmas Day. I wouldn’t want to do it again, but I wouldn’t trade it for anything.

That shitty apartment I rented on Via Firenze off of Via Nazionale in Rome, jackhammers pounding daily, cement dust everywhere, but just next door to the local carabinieri station and down the street from both the Golden Arches and a Furla store with the most gorgeous leather handbags I’d ever seen. I wouldn’t want to rent that place again, and yet, I can still feel the hard marble against my feet and see the view out my second floor window.

On another trip, cooking in the ancient kitchen of a 13th century castle with nonna, the grandmother of the ducal family and the next day making pasta with a sophisticated urban architect in his trendy contemporary flat. Those were marathon days of cooking, two big meals a day in a week-long cooking course in Lazio, and when we protested the amount of food we prepared and ate, our hostess tossed off a “moderate yourselves!” As if.

Rome beckons, like a friend I haven’t seen in a while, while Sicily calls to me in the siren song of my ancestors, whomever they were—Vikings? Arabs? Normans?

I need more time to explore Sicily and some help in navigating the bandit-filled roads to the hilltowns of my family.

Did I really have the nerve to ask my mother’s cousins, liquor distributors out of Palermo, about the Mafia? Did I really smile knowingly when they told me in Italian that the Mafia was “a figment of journalists’ imaginations?” Would I say and do anything different now, almost 25 years later?

Who’s left of the family I visited in Sicily? Maybe just my third cousin who, then a teenager, stole my husband’s leather and fur gloves during our visit. Surely the little girls—Chiara and…whom? we met are grown now, maybe with children of our own. Could I even find them?

And why wouldn’t my mother’s family show us the land where my grandparents grew up? Were they ashamed? Or was there another reason? If only I’d spoken fluent Italian then.  Oh, if only I’d visited with my grandfather, who’d always said we’d go together. Italy calls to me, over and over.

And yet, the constant dilemma: go somewhere now or visit a beloved old friend? We’ve got a deposit on India for next year, a costly trip that precludes another; and plans for a wildlife lodge in South Africa in 2014. Can Italy wait until 2015?

Or the better question is, can I wait until then?