Daily life has taken on a routine, usually involving me emptying a few boxes, then getting bored with it, Netflix, reading, grocery shopping and an insanely early bedtime. Yesterday, M. interviewed gardeners I’d shortlisted for him, which was a change. 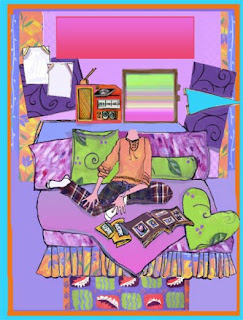 As organized as we were in packing, we can not find our regular toiletries; the things we used every day.

I’ve managed to kluge together enough to manage, but somewhere, in one of these boxes that still awaits emptying (and probably one that we’ve opened a zillion times to look through), sit our toiletries. But where?

The new Crockpot came and I broke it in with a vat of chili for Superbowl Sunday. We now have a new microwave and a new toaster.

We do not, however, have a bed. We’re sleeping in the guest room in my bed from Tampa. This week, we are going to buy a bed and when it arrives, move upstairs to our room. If I had a dollar for every bed I’ve bought in the past decade, I’d be rich. 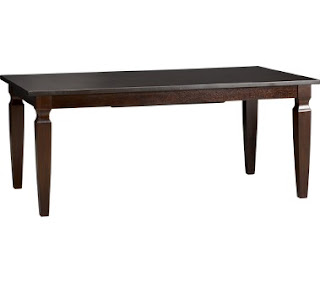 Crate & Barrel delivered the dining room table, but when they brought it in I saw a flaw in the fit of the leaves. I refused delivery of that one and a new one arrived while I was gone on Saturday. When I got home, I saw that it was the EXACT SAME TABLE. With the exact same flaw. Shame on Crate & Barrel. New one not expected until March. You’d think….

The bigger dogs love the new beds I scored for them and hang out there whenever they are indoors. We’ve put their old beds outside on the patio where they can enjoy the fresh air and sunny, warmer weather of late. 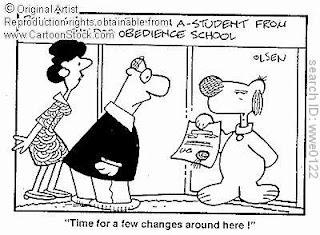 Riley is doing better, it appears, tethered to one of us most of the day. We control his entire being, which is not what his first three years were like. So periodically he tries to 1) chew off his harness; or 2) escape; but mostly he sleeps, probably thinking it’s a nightmare he’ll eventually awaken from. But he seems happy enough. Just a little pissed off.

We’re impressed that he’s taken to sleeping in his crate (in our room, but no longer on the bed, which he’d claimed as his property in a very unpleasant way). He enters his crate willingly, and curls up in the cozy blue blanket I put in there. Some nights he tries to get up with us, but the bed is very high so I hear him before he succeeds. It’s dangerous for him to jump up there, so I usually pick him up, give him a little cuddle and put him back in his crate so we can all return to dreamland.

He’s adorable, and people who haven’t seen him at his brattiest don’t know what I’m talking about. Maybe this quote from our dog trainer will help you understand what we’re up against.

As cute as he is, he’s tyrannical.

We are discovering the limitations of our nav device, Ayesha. She’s done us wrong a few times. I’m a little worried about relying on her. Especially when, over coffee, I told M. that thanks to calculators, I’d forgotten what 9×7 is. And I have.

We’ve also discovered the limitations of local grocery stores. While we can choose from a full complement of Indian and Chinese products, I can not find salt-free Melba toasts anywhere. So my nephew bought out the Publix near my old house in Tampa, and sent us 16 boxes enough to keep us for a while.

We’ve been tied to unpacking three weeks now and it’s time for an outing. Unfortunately, it’s going to rain this weekend. Maybe a museum.