Managing’s tougher than it seems 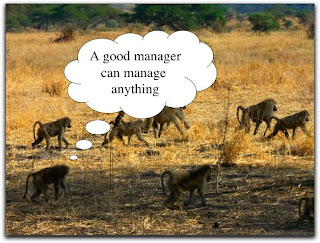 Bad bosses? We’ve all had them. I’ve long believed that management can be a thankless task. Someone’s usually unhappy — either the company or the employee. Sometimes it’s just the nature of the relationship. But other times, it’s the weakness of management.

Although I often made connections with young professionals I managed, I didn’t always. Managing people was the most challenging aspect of my career and I was glad to let it go.

Over the decades, I’ve worked for a variety of people. A corporate exec who went through her staff methodically, one by one, attacking them until they left. It was amazingly effective. I was good for about 16 months and when my turn came, her management style inspired me to find a bigger job with more pay.

(When I confronted her directly, as is my style, she suggested we go to therapy together. My response? No way–you’re my boss, not my relationship.)

Another woman hired me to clean house in the department (badly needed). After I let a few other execs’ favorites go, she failed to support my actions when challenged. I left.

She went on to a high-level VP position at a big tech, then served as president of another, smaller tech company that -karma at work– bled out all its capital on her watch. She is now leading an even smaller company. The Peter Principle at work. 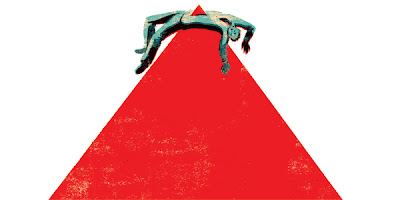 I’ve always found the Peter Principle to be true. It holds that “in a hierarchy every employee tends to rise to his or her level of incompetence.”

It’s almost always true. Managers keep getting promoted until they’re in way over the heads.

Such is the case with another boss who is truly paranoid. Dysfunctionally. He built a company up for the wrong reasons then was forced to manage the demise of what he built. Besides his lack of experience for the position he held, one of his chief problems was his management style.

The One Minute Manager recommends that managers catch people doing something right. This boss simply couldn’t sincerely compliment or acknowledge staff. He could only catch them doing wrong. He managed young professionals by intimidation and psychological abuse. He spent too much time telling them that they weren’t competent enough.

He believed he could manipulate his staff by cleverly presenting information so it all seemed positive. He wasn’t half clever enough: most saw right through him.

Have you ever seen a manager fire someone the moment they return from bereavement leave? The very moment?

It’s no wonder he couldn’t inspire loyalty. Although he set great store by it. 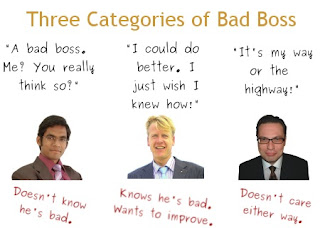 He ended up with a staff that hated him. Every one of them was seeking a new position. And he’ll never make a real go of his business because of it.

Our management style has its roots in our childhood, I think. If we were raised in an authoritarian fashion, then we’re more apt to default to that behavior when we manage. If we learned to build bridges, then we bring that approach with us to work.

I have a lot of compassion for ineffective managers. Usually they are in way over their head (like the boss I described just above).

But managers do not have license to abuse their employees.

Some things hold true historically, and this is one of them, from IBM’s first president’s son, and president of IBM himself.

I believe the real difference between success and failure in a corporation can often be traced to…how well the organization brings out the great energies and talents of his people.
-Thomas J. Watson, Jr.
A Business and Its Beliefs, 1963

It’s a question every manager should ask him- or herself.