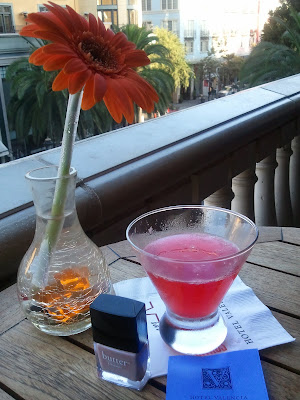 Years ago, I was one of those women who had biweekly manicures. Gel nails, to be exact. French, hot pink, red — whatever color struck me at the moment. Since I worked, nice nails were part of my business costume.

And then, one day, I got sick of sitting in the home-salon of my manicurist, listening to her ego (she believed she was the Olympic champion of manicurists), bitch about her husband (who turned out to not really be her husband, in the end, even after several kids, and who eventually left, long after I’d moved on) and go on vacation without notifying her clients, who would turn up to find the salon locked up tight. (Didn’t faze her a bit.)

The only good thing for me was she undercut the standard price if I paid cash (which also allowed her to hide the income from the IRS).

Still, I was done. So I had the acrylics removed. If I wanted a manicure, I did my own. Once in a while, I’d go to a salon for a regular manicure, but I collected my own array of fun colors — green, blue, grey, brown– and usually did my own.

And then, I heard about the Hotel Valencia’s monthly Martinis and Manicures. Manicures in the hotel bar, with cheap martinis to boot. Irresistible. Which is why it always sells out. My friend P and I try to get there every other month. It gives us an excuse to catch up (and to have a cocktail together) and we feel we’ve been efficient with our time because when we’re done with cocktails and conversation, we’ve also got a nice manicure. A brilliant promotion.

After that, I looked around and found a very good nail salon about a half a mile from my house. It gets ace reviews on Yelp, costs only $10 plus tip and once I saw what a great job they did, I was sold. In between M&M, I zip by Lady Nails and get myself a quick file and polish.

Finding the right manicurist–nearby, cheap and good–is a big deal. My $10 manicure is $30 plus tip in Los Gatos.