Manners for the technology age 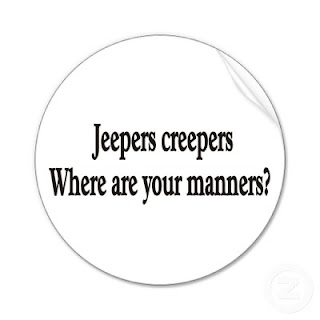 A few weeks ago I was returning from an event in a car with several people, all of whom were tweeting and sending photos of the evening around to their friends.

What struck me was that they were not in the moment (enjoying each other’s company, discussing what we’d just done) but they were engrossed in sending photos, tweets, posts and texts to distant friends and relatives.

I have to admit: it was offensive.

Are we losing the ability to be in the moment in favor of instantly sharing prior moments all over the world?

I don’t think this is a good thing. We are badly in need a Miss Manners of the modern age to guide us.

I’ve been leaving my smartphone home more and more, as long as someone else has a phone. I still reach for it without thinking in a quiet moment, I notice, as if just being with myself whereever I am is no longer enough. It scares me.

I can’t help but wonder what I’m missing by surfing the net instead of being in the moment. Am I missing a beautiful sky? Delicate flowers? The love surrounding a child’s hand in his mother’s? Am I missing a wonderful conversation with my companions?

After an experience, I do like to write about it. But I wait until I am alone and usually until the entire experience has unfolded. In Scotland I took a few notes in a tiny notebook and then wrote later. I try not to send emails or texts when I’m with friends. It seems more civilized and more respectful to my companions.

Those services that “check you in” — broadcast your location to your “friends and followers” — make me laugh. And now, it’s a Facebook capability.

How self-centered is it to think that the world wants to know where you are at every minute of the day? So much so that you force it to their Facebook page? Who really cares? That’s a serious question. As long as you know where you are, what does it matter? And is it even a smart thing to do, safety-wise?

Thankfully, you can opt out on Facebook, which I’ve done. (It would be better if you had to opt in, but that’s not the way FB rolls.)

Over the years I’ve sent notes to friends indicating that I wasn’t interested in receiving angel-spam, jokes or other mass emails. I still do get some select jokes (good ones) and also some politically-oriented mass emails.

The problem with mass political emails is that the information is often presented as fact but completely unconfirmed or unvalidated. They’re often just hysterical rants. Junk politics, if you will.

Although I often delete these unread, I don’t always, especially if they come from a close friend. Now,though, I’ve decided to always delete them. They have no value. They often spread misinformation all over the world at the stroke of a key and wind people up for no reason.

Technology’s a good thing. But just because we CAN do something doesn’t mean we SHOULD. I think it’s smart to be thoughtful about how we use today’s technology.

It’s incumbent upon us to set reasonable limits. I suggest:

As someone wise once said: Be here now.