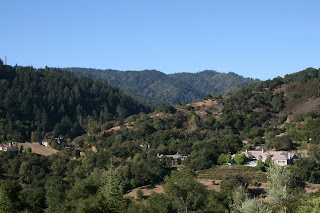 Not for any good reason.

I mean, thank God I had a career or I might have become a true recluse.

So the other day I made myself go out. I needed a reward.

Now, it’s not like I’d go out for the reward of a walk. Here in the suburbs it’s not much of a reward.

My kind of reward i s retail.

In my haste to get out the door and into the outside world, I was a bit too early for the mall. So I decided to take a side trip to remind myself of the location of various roads I’ve forgotten in my menopausal fog.

I found myself on the road that led to the little Saratoga hotel my mother used to stay at when she visited me. Which she did several summers in in the mid- and late 1990s, before she died. That’s Saratoga, above.

I pulled the car up to her little cottage suite and just sat, thinking about those summers. How different this part of California was from Rochester, NY and how much fun it was to take her around to new places.

Even if she kicked and screamed a bit. 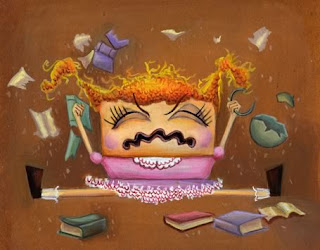 As in the seven-hour windy-road ride to Mendocino with the High-Tech exec. During which she was as impatient as a three-year-old.

We wouldn’t let her smoke in the car, so she was probably going through nicotine withdrawal.

We had so much fun, those summers. Mom, me and the High-Tech exec…we were like Three Musketeers. The two of them, they enjoyed each other tremendously. I loved that.

When I found myself getting more than a little teary-eyed I turned the key in the ignition and left. I’d already cried a dozen rivers in the missing of her. More wouldn’t bring her back.

There’s a memory just about everywhere I go in the Bay area. Roads. Restaurants. Schools. Bars. Cemeteries. Malls. Each memory represents a stage in my life.

And I’ve loved every one of them. Even the painful times, because they proved I was alive. And usually led to something better.

I know it’s not that common to be fond of AND have fond memories of the Wasbands, but the fact is that I am and do. It doesn’t always mean that I wish I had those times back. Just that everyone played a role in making my life interesting and sometimes downright exciting.

A wild ride. No regrets.

It was a thoughtful, emotional morning.

And then I rewarded myself with massive retail therapy. And brought home the bags to prove it.

And then thought: I’d better get a job.