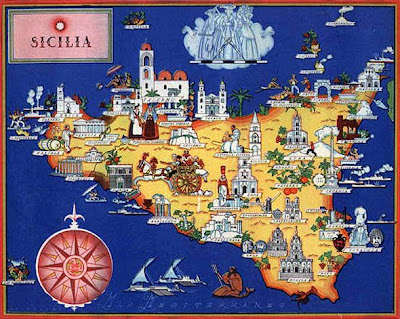 Most people think I’m of Italian descent, but we’re actually Sicilian, M. and I both. 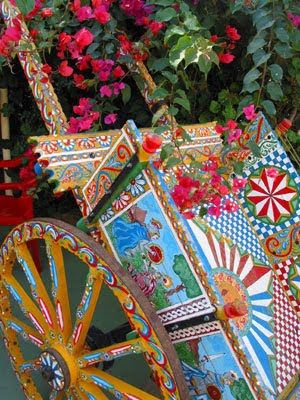 The island was always getting invaded, so Sicilians come from a melting pot of backgrounds: Greek, Viking, African, Arab and more. My mother was a real redhead and we used to joke that she had Viking blood. Not such a joke, really. My father had Greek and French blood. He told us our name originally began with a “K.” I don’t know if it’s true or not.

Those of us from the island off the boot come from rural, rustic stock. Mainland Italians consider us peasants. Once, connecting from Milan to Palermo (Sicily) a gate agent held her nose when I told her my destination. No kidding.

We’re earthy and passionate and basic at heart. That’s not to say there aren’t many cosmopolitans of Sicilian descent. It’s just not Sicilianità, Sicilian-ness, as I know it.

Sicilians are known for some good stuff. 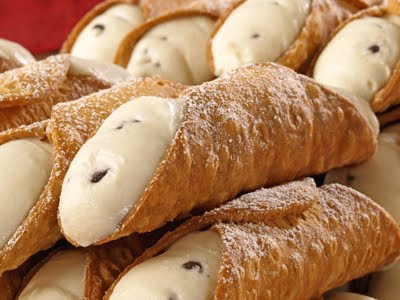 Oh, geez. Cannoli. I mean, what’s not to like about this Sicilian treat? 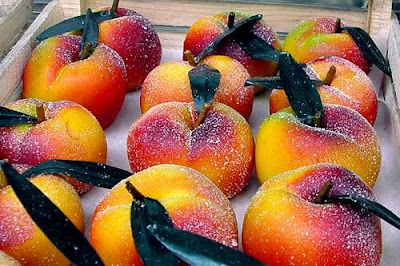 Marzipan is beautiful. Not something I’d eat, but it’s gorgeous.

That’s some of the fun side of Sicily. Now, let’s dish about the flip side.

M. and I grew up in a Mafia stronghold. Rochester, NY had a powerful mob “family” run by the Valenti brothers in the 1950s and 1960s. There were bombings –car and other — targeting a synagogue, black Islamic mosque, federal buildings, a judge. And other Mafiosi. Often. Mobsters disappeared frequently, never to be heard from again.

It’s not just the movies, folks. It was real. 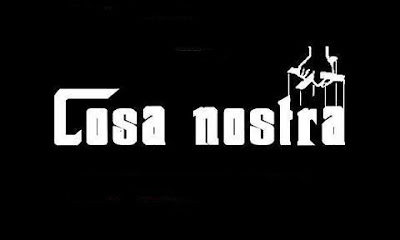 As part of the Sicilian-American clan, many people we knew were involved in some kind of mob activity. Our neighbor and family friend was a bookmaker who failed to pay off a debt, it’s said. One day he disappeared. His white Lincoln Continental was found abandoned with the gear shift jammed in reverse. He was never found. Urban legend says his body was buried in construction of a new expressway. The Mafia guy said to be behind the disappearance was another family friend. This was just the way it was in the Sicilian family. You made no judgments. It was what it was.

I grew up picking Daily Doubles for my grandfather, who made book for a bookmaker. He used to talk about going to the “joint”, short for “the bookie joint,” and as a little girl, I picked up that terminology. 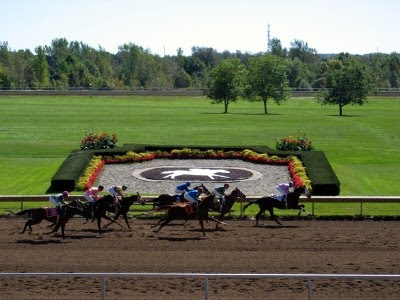 As kids, we often went to Finger Lakes Racetrack and sometimes even Batavia. We’d study the program and pick horses for our mom or grandfather. We loved to win, of course. My father wasn’t lucky with gambling so he stayed away, but my mother was very lucky. Her original game was blackjack and she was damn good at it. {Mom had a great brain for numbers, which I did not inherit.} In her senior years she was a big Indian gambling casino fan–slot machines– and was generous with her winnings.

My father’s locker at the YMCA was next to that of the big Mafia kingpin. He only had a passing acquaintance with the guy (thank goodness) but was pediatrician to the guy’s grandkids. {I always thought that was risky but thankfully, the kids stayed healthy.}

The Godfather wasn’t just a movie to us. It was a reflection of the culture we grew up in. The Sopranos resonated with us because it was so well-done. All the details were right. All those guys in Soprano’s mob? We knew men like that. Men who looked like that, talked like that, and did things like that. We took life among Mafiosi for granted. In fact,I thought everyone lived like this.

So maybe you can understand why M. was considered the perfect husband for me. He was smart, accomplished and of Sicilian descent. I went to school with his cousins so I knew the family, although didn’t meet him until I went to college.

Our first wedding was almost exactly like the wedding in The Godfather movie. We had a bridal party of 18. Not kidding. We had 400 people at a sit-down dinner, most of them Sicilian. 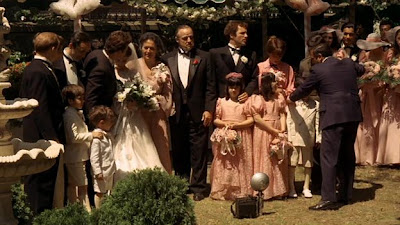 Yes, my family approved. They adored him. We were an insular group, we Sicilians, and our families wanted to keep it that way. For example, when my sister was introducing a new boyfriend to the family my grandmother asked a series of questions.

Was he Sicilian? No.
Italian? No.
Ok then, was he at least white?

No joke. {Not that our background was all that white, being Sicilian and all.}

Actually, one of my Sicilian friends in Rochester calls non-Sicilians “white people.”

I once spent a few days with my mother’s cousins and aunt at their home in Sicily. I was curious about their thoughts on the Mafia. {They spoke no English so it was incumbent upon me to use my bad Italian. Hard work: I’ve never been so exhausted at the end of a day.} So I asked about the Mafia.

“Carol,” my mother’s cousin responded in Italian, “the Mafia is a figment of the imagination of journalists.”

It’s interesting, too, how Sicilian-Americans seem to gravitate toward one another and have a cultural shorthand when we talk. I’m lucky enough to still have several girlfriends who share my culture. Sometimes, we need only exchange a glance and a word in Italian.

Like: Americani. It goes along with a certain look and tone of voice. I’ll leave its meaning and context to your imagination.

Similarly, there were many southern Italian musicians who spawned a series of “hit” songs in Italian or, as in the case of certain novelty songs that became brief hits, pidgen-Italian.

Here’s the late Lou Monte in a novelty music video, and I send it out to the parents and grandparents of southern Italians all over the U.S.