My first taste of wine country

It was Valentine’s Day 1987 when I first visited the wine country.

I drove up with a girlfriend for the weekend. She wasn’t exactly a girlfriend; she was a work colleague. Neither of us were dating anyone at the time, she suggested the trip and I agreed, immediately.

I’d been in California since November 1984, and although I’d fallen in love with the coast, I’d never been to Napa or any wine region at all. I had no idea what wine tasting was all about. In my world, there were red wines, white wines. Sometimes they were made by family friends and sometimes by Gallo or La Famiglia Cribari, both big jug wine producers. I knew nothing about wineries, fine wines or varieties within color families. 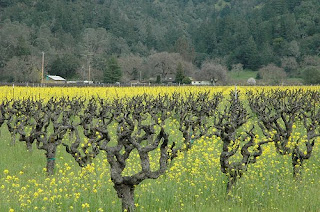 Winter in the California wine country can be wet and chilly. The vines are barren and the vineyards look almost desolate, even against the yellow fields of mustard plants. On that weekend, though, we had sunshine and crisp blue sky. But looking at the bare vines I wondered what all the fuss was about. I didn’t know how green and lush the wine valleys of Napa and Sonoma would look in just six months time. How the fat, lush grapes would hang heavily on the vines. How the buzz of harvest would fill the valleys.

Still, we two single girls made the rounds of wineries on that lover’s holiday, and I learned a little about tasting. I don’t remember the wineries, or even which restaurants we dined in. I do remember that an older couple, maybe in their early 40s, engaged us in conversation over lunch. They’d driven up in a red Mercedes convertible and were obviously well-off. Later, after they’d left and we asked for our check, the waitress told us they’d bought our lunch.

Over the next couple of decades, I learned a lot more about tasting and about wine. My ex was a wine-lover and collector, and we spent quite a bit of time in the wine country, often with friends. His Sonoma B&B of choice was Madrona Manor in Healdsburg, known for its ghost. 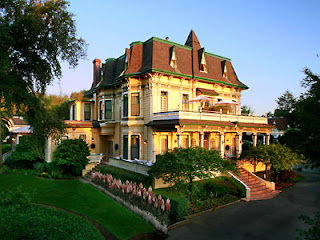 The place was gorgeous, but gave me the creeps. I was uncomfortable alone in our room because some guests had actually found “someone” sitting on a chair next to their bed. Had it happened to me, well, I’d still be in the rest home. And in fact, our traveling companions had several strange experiences, including the faucets to their bathtub mysteriously turning on at 2a.m. while they were sound asleep. However, Madrona Manor had a fabulous restaurant and still does, having earned a Michelin star each of the past few years. 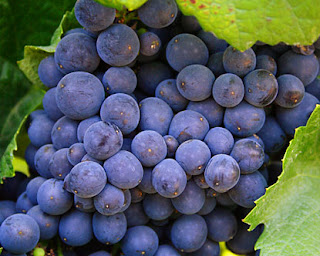 So almost exactly 24 years after my Valentine’s Day initiation to the wine country, we’re heading up to Sonoma soon for a wine and cheese pairing lesson. We’ve decided to stay at a gorgeous inn that gets good reviews. And we’re dining at Madrona Manor.

Maybe we’ll meet a couple of young women on their first trip to the wine country.

One comment on “My first taste of wine country”

1 Pings/Trackbacks for "My first taste of wine country"