Remember when nail polishes were either clear, red, pink or coral? Maybe you don’t. But I do.

Times have changed, though. 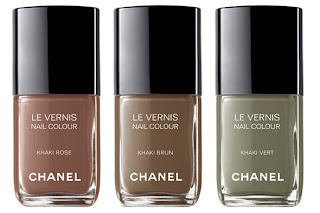 Last week I saw that Chanel had released these three delectable khaki colors. I know that I’m going to buy at least two of the three, even at Chanel’s inflated prices. I have to have them. I need a 12-step program for nail polish addicts.

Then, in Seattle, I scored these two Butter-London nail lacquers. The first one is British Racing Green. The second’s Yummy Mummy. 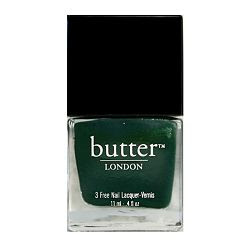 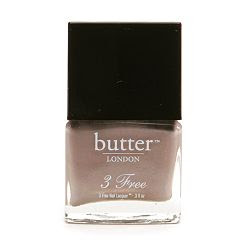 Butter’s nail lacquers are 3-free: free of the three big toxic chemicals found in most nail polishes: toluene, formaldehyde and dibutyl phthalate. Maybe my addiction is to inhaling the paint thinner smell. Maybe once I start using Butter’s products, I’ll no longer be addicted.

(Only kidding. Of course I’ll be addicted. )

How about this color? 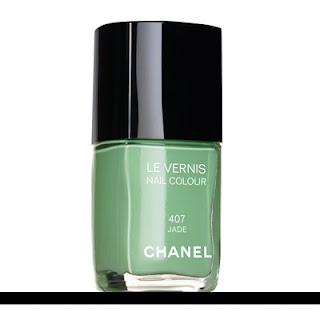 It’s Jade, and was Chanel’s fall 2009 color. Fall? Not so much. I don’t think it’s anywhere near as nice as Butter’s British Racing Green.

I had gel nails for the longest time. But for the past half dozen years, I’ve been doing my own manicures, except for rare occasions. Yes, one of those false economies I instituted after I bought my place on the Monterey peninsula. (As if $40 a month savings made up for the huge sum the place cost me each month.)

As it turns out, my manicurist from the 1980s and 1990s is still doing immaculate, perfect nails in Los Gatos and did mine the other day. However, I have to breathe hard to pay $30 for a regular manicure, no matter how good and no matter how much I love her.

I’ve had a headache all day, but a Butter manicure sounds like just the ticket for recovery. No chemical smells to make the headache worse, and a gorgeous color to admire later. It’s time.

How about you? Any beauty addictions?