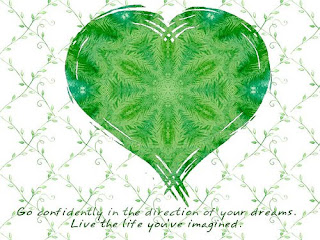 I was talking the other day to a friend of mine who’s gone through a bad divorce. Her husband left her in a pretty despicable way, one that said more about him than her. They’d been married for some 30 years, with kids now grown.

He–and I know him–may not be capable of loving a woman.

In the old days, when a man left a woman in her 50s, conventional wisdom said that she was “over the hill” and that it was too late for her to have a life, find a man, do…(fill in the blank).

Fifty is the new 40 and if a woman’s got a lot going for her, Act Two might be even better than Act One.

My friend’s got a lot goin’ for her. She’s vivacious, the life of every party–one of those women who have never met a stranger. She has strong business skills. Good friends. A great family structure. Kids who adore her. She’s gorgeous and men ask her out all the time.

And, although divorce wasn’t what she chose, she is learning to embrace her new life. She’s probably going to move to a new state and start completely over. She knows no one in the area she’s considering. She plans to start a business of her own.

“I’m not afraid,” she told me. She said it twice. And I believe her.

I also started a new life, several times, actually. I was too young and naive to know how hard that could be. Had I known, would I have done it? Who knows.

But she’s not a young woman. She knows more than I did at 30 about what building a new life entails. And yet, she is not afraid.

Here’s what I think will happen if she moves. She’ll be a great success. She’ll make wonderful friends, date wonderful men, have a wonderful business. She’ll be happily remarried. The divorce will be the best thing that ever happened to her. 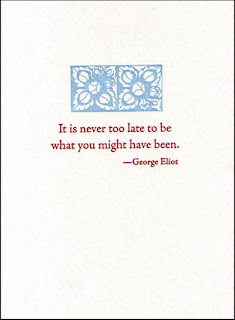 My husband and I were talking the other day and he said that he thought our divorce was the best thing that ever happened to me.

“Don’t you remember?” I asked him. “I said that very thing to you when you left. That it would be the best thing that ever happened to me.”

It was. It allowed me to build an independent life and also build the confidence that comes from making one’s own way in the world.

I wouldn’t have chosen it, though.

Being unafraid makes a new start so much easier. I know so many women who are stuck–in jobs, relationships, whatever–stuck out of fear of the unknown.

It doesn’t seem to matter: whether you’re too young and stupid to be afraid, or you know just what lies ahead and are still not afraid, that seems to be an important ingredient in taking steps toward a new life.

It’s also possible to be afraid and still step out courageously into the unknown.

♥
Are you stuck in something? somewhere?

Thoreau had some good advice:

Go confidently in the direction of your dreams.
Live the life you have imagined.

And George Eliot was right:

It’s never too late to become what you might have been.