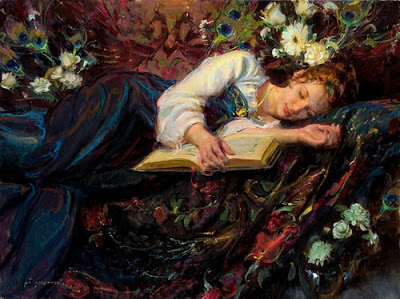 It’s a Saturday. My To-Do list waits expectantly on my desk, pen nearby and ready to cross out my accomplishments.  But really, I feel like doing nothing. Nothing at all.  I could do nothing more often, if not for the guilt. We’re supposed to DO something, right? Be PRODUCTIVE.  Get our chores done.

Instead, I poured a slug of vodka into a large tumbler of ice, squeezed an entire lime over it and added tonic. Yes, the key to a delicious vodka tonic is plenty of lime. A quick stir and off to the sunny patio with a book I was halfway through. A pot of vegetable soup simmering on the stove was my one attempt at productivity for the day.

Untroubled by guilt, my faithful (and naughty) companion napped in his favorite spot: by my side. When I’m on the patio, he insists on having a chair of his own and we usually position it so there’s both sun and shade so he’s always got a comfortable option. I was untroubled by guilt this day, as well. The blue sky and occasional cool breezes made for an idyllic reading room.

So I might as well talk about the book, which as you can see is called Off the Road and is by Carolyn Cassady, who was married to (and had three children with) the always restless Neal Cassady, a big figure in the Beat world and good friend to Allen Ginsberg and Jack Kerouac.   In fact, Neal was immortalized in Kerouac’s On the Road–he was the inspiration for the character of Dean Moriarty and in fact was Kerouac’s road companion for years.

Although I’ve read so much about the Beats, I didn’t know about this 1991 memoir and only ran across it accidentally a few months ago.  I was certain it would fill in my picture of these famous Beat figures and it didn’t disappoint.  I had no idea that Carolyn and Kerouac had an ongoing love affair they couldn’t indulge in very often because she was married to Neal.  I couldn’t help but wonder if Jack might’ve gone a different way if he and Carolyn could have been together, or if it was just a fantasy that couldn’t withstand fulfillment.

Her unembellished descriptions of her life with Neal make clear just how self-indulgent and self-centered The Beats were, something I’d never considered.  She manages to tell us so much about these Beat icons as humans, rather than icons: as men, as fathers, as husbands.  The book also reminds us of how sexist the times (and the Beats) were.

A Bennington grad who was smart and artistic in her own right, her weakness for charming rogue Neal Cassady is a cautionary tale for women. Reading with eyes informed by the way life is today, I found myself wanting to grab the author and shake her–she stuck with Neal far longer than most of us would have.  I was riveted to her tale, which she told very well. Carolyn died in September at the age of 90, leaving us a real gift: the missing pieces in our view of these men.

And for me? A lovely way to spend a Saturday afternoon.  And the cocktail was good, as well.