No kif for me 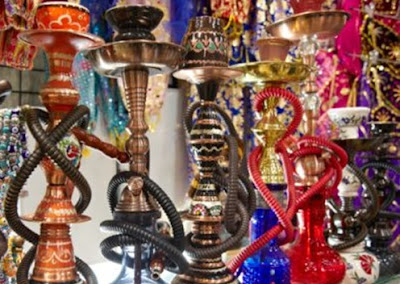 I haven’t enjoyed a tasty pull on a hookah since college and I won’t be enjoying one in Morocco, either.

Hashish, or kif, is not uncommon, but very illegal: 10 years in a Moroccan prison doesn’t sound like a very good time. We take that seriously.

No medical marijuana clinics in Morocco, either.

I’m told smoking marijuana is very accepted here, but I haven’t smelled it a single time. I haven’t smelled cigarette smoke, either, come to think of it. Surprising, since there seem to be a lot of ash trays. Smoking in the crowded medina (old town) would be a fire hazard, I think, so perhaps it’s forbidden.