Not near far enough 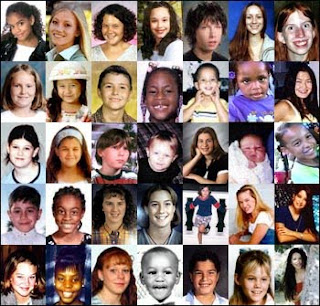 I dug into a salad at the mall food court, while ago, after a morning of retail therapy. Bored, I scrolled through news stories on my PDA and found this:

TAMPA – Human remains in an algae-covered minivan discovered Wednesday deep in a western Broward County canal might be connected with a missing Tampa family.

Nelta Jacques and her two daughters went missing June 2, 1999, during a return trip from Fort Lauderdale to Tampa…..

Hmm. I lived in Tampa in 1999. With all the media hysteria about missing moms and kids, why don’t I remember this story? True, it was before Amber Alerts, but a story like this should’ve had almost as much crazy media attention as the Aisenbergs’ missing baby case.

I scrolled down further. My eyes narrowed, my brow furrowed and my mouth went all crooked. I squirmed in my seat.

Ms. Jacques and her daughters were Black.

Could that be a reason why she didn’t become a household name? Like Natalee Holloway, for example?

I believe it is. 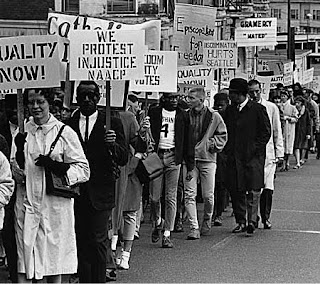 So when we sit there all prim and self-righteous and think we’ve come a long way since the civil rights movement, we should think again.

Because we haven’t come far enough.

Racism reminds me a little of a virus that lurks quietly in the body doing its damage invisibly, its presence obvious only every so often.

And all of our institutions, from media to law enforcement to the judicial system and more are infected.