Of Freedom, Patriotism and Independence Day 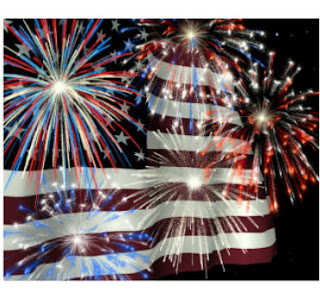 I’m all for celebrating independence and I love the Fourth of July – it’s such a happy and uniquely American holiday. Ballpark franks on the grill and potato salad outside in the yard; fireworks at night.

It kind of marks midsummer (even though technically, it isn’t) , and it’s the only time I think hot weather is appropriate.

I love a great fireworks show. Once, in the ‘80s, in California, I went with friends to the fireworks show at Great America. About five years ago I walked down to the recreation trail in Pacific Grove with a date and saw the fireworks there.

But the very best fireworks show of all was at Disney World’s Bicentennial in 1976. FLH and I saw it together. It was spectacular. (Yes, we go back that far; we met in 1969.)

Given the holiday, the public discussion has turned to all things patriotic. Yesterday I heard Michael Medved on talk radio pose the question, “Do you think this is the best country in the world.?”

This question has always smacked of that “America, love it or leave it” attitude we saw in the 1960s.

Medved asked the question, “if not the U.S, where would you live? Guantanamo, perhaps?”

What a stupid question. Stupid and narrow. Ignorant.

Maybe I’d like to live in Italy for a while, among ancient artifacts and great art.

Or maybe in London, nation of our country’s roots.

Or Sicily, my own roots.

Just because I might like to live somewhere else, and enjoy what another nation hasa to offer, doesn’t mean I don’t love my own country.

There’s no question in mind that, for all its flaws, and it is an imperfect country, still, we live in a wonderful country.

But really, how do you rate the “best” in the world? Why is it even necessary to do so?

And why does the right wing insist that we have to be?

Why isn’t it enough to be a great country for us?

What is it that makes conservatives have to always wave our American flag around like some insecure frat boy displaying his dick?

Conservatives don’t own patriotism. Our country was founded on the concept of freedom and I find it so ironic that the biggest flag wavers of all seem intent on limiting freedom.

I’m tired of the right wing co-opting love of country.

We don’t have to wear a flag in our lapel or bluster about “best” to prove it.

And this is our holiday as much as any conservative’s.

I pledge allegiance to the Flag of the United States of America, and to the Republic for which it stands, one Nation under God, indivisible, with liberty and justice for all. 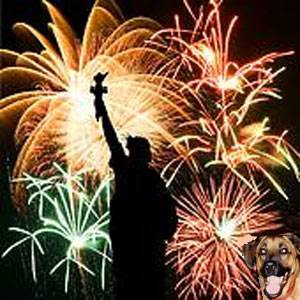 0 comments on “Of Freedom, Patriotism and Independence Day”

1 Pings/Trackbacks for "Of Freedom, Patriotism and Independence Day"