On bad writing, the web, journalists and naked emperors 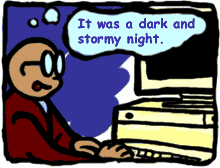 Advertising was always my least favorite of the corporate communications disciplines.

That’s because everyone consumes advertising and therefore everyone thinks he or she is an expert.

Forget that advertising is not a matter of what you like or don’t like. That it’s about reaching a target audience that might or might NOT be you. And has to actually sell a product.

Just about everyone thinks they know what makes a good ad. Or a bad one. As the exec in charge of advertising at a big high tech (years ago), I was always fighting off edits to color, illustration or photos. Edits that were based on personal preference, not potential sales effect.

Now, some of this comes to mind because I’m mad about Season 3 of Mad Men and the story line involved giving (or not giving) clients what they want. The idea that clients don’t always know best. (Don’t get me started.)

But it also comes to mind because I’m a big Web content consumer. It hasn’t escaped my notice that every “content producer” on the Web thinks they’re a writer. 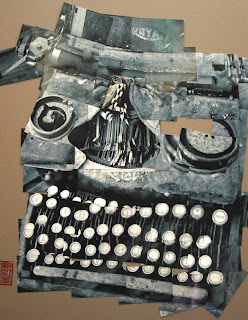 But I’ve seen horrible grammar. Structure that sucks. Awkwardly made points. I’ve seen it all and lots of it.

AND what infuriates me is that any number of web outlets that want free content are only too glad to help these content producers delude themselves into thinking they’re “writers.”

Listen. Anyone can put words on a page. But not everyone can write.

Let me repeat that.

Not everyone has the talent,the skill or has put in the time to learn how to make a point in a way that captures an audience.

As a professional writer, it infuriates me that content producers for many websites are not given the courtesy of an edit. That websites (some affiliated with standard media outlets) actually care more about getting content for free than about quality control, and allow awful writing to appear. The bar is so low that it’s non-existent.

Yes, yes, I know that editing costs money. Media outlets are dying for lack of money.

If I were a reporter I wouldn’t want my writing to appear alongside some of this awful content.

It’s also curious how many people want to be writers but don’t learn the discipline first. As if the act of vomiting up words makes them a writer.

Don’t get me wrong. I’ve taken writing courses with and know writers who recognize a good story and how to tell it — yet in their other lives are lawyers, commercial fishermen, cops, nurses and more. What most of these people have in common is that they made some attempt to learn the craft of writing.

But I’ve also taken courses with folks marketing book-length manuscripts but only taking the course after-the-fact. And the manuscripts showed it. Bad, bad stuff.

Decades ago my sister was at loose ends. She thought that she would give up her social services job and be a writer. She had no experience. No training. And expressed no interested in getting it. Someone told her she wrote letters, reports, whatever well (and she did), so:

Yeah. And I think I’ll be a brain surgeon. 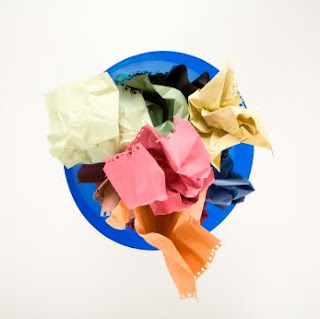 Well, you know. I started writing when I was a child. I took journalism in high school. I went to J-school. I studied writing. I took entry-level writing jobs and put myself under the tutelage of excellent writer-editor-bosses. I was edited and heavily. I took seminars and workshops in writing.

My wastebasket looked like that (pre-delete key.) But with every edit, every course, every workshop–I learned. I honed my craft.

And I’ve published writing. Good writing. Under my name and, as a ghostwriter, under the names of clients. And I’ve taught writing at the college level.

I am a writer.

So am I pissed because bad writers are getting published without paying their dues? It’s more complicated than that.

Oh, who am I kidding? It’s not complicated at all.

I’m pissed because I LOVE the written word.

I’d like to see more of these folks who think they are writers or who want to be writers take some courses in grammar and structure. In writing. So that the product they put out on the web is at least competent.

And so they aren’t poisoning the well with agents and publishers for real writers.

I love the web. But it’s done nothing to promote real literacy.

And it’s allowing a generation of content producers to think they are real writers. 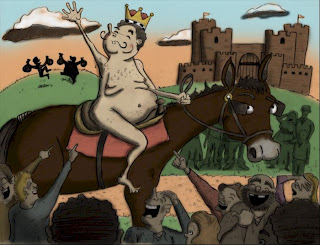 Yeah, I know. I sound ornery. And out of touch.

But I’m really just shouting that the emperor has no clothes.

I wish someone would pay attention.

But we’re way too far gone for that, I’m afraid.

7 comments on “On bad writing, the web, journalists and naked emperors”