March 30, 2010
“My job is to get an education.”
-15-year old Adrian on The Secret Life of the American Teenager
While I was down with a bad cold last month I watched two entire seasons of this program. When Adrian made that comment on the show, it sounded familiar. Because I’ve heard it before from members of this generation of teens.

Ok, so I’m not a parent. But I’ve been a step-parent and I still have opinions about raising kids.

For example: It always shocks me when a parent says that s/he doesn’t want their kid to work summers between college semesters, because “his/her job is to go to school.”

Educators know the power of experiential learning and it seems obvious–at least to me –that an important part of growing into adulthood is experiencing the working world.

Making money and understanding the reality of how far (or not-so-far) it goes is as important a life skill as readin’, writin’ and arithmetic. Maybe more so.

As an employer, I always looked at an entry-level applicant’s resume to see if s/he worked during school. It didn’t matter what kind of job it was. It just mattered that holding a job, meant that they had to develop a sense of responsibility for getting up and out of bed every day, reporting to work on time and carrying out their duties. They had a work ethic. 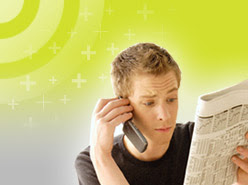 It made them a far more mature (and therefore attractive) applicant. Kids who hadn’t had that experience were often far less mature and took more time to train.

And guess what: employers don’t want that kind of employee.

My father required that we work summers after we got into high school, and then thereafter and I think it really was an important learning experience for me. No, we did not have to work our way through college. But he thought the development of a work ethic was necessary and he was right.

Actually, between ages 12 and 16, I worked in my father’s office most summers, because at the time I wanted to be a nurse. I enjoyed it.

But later in high school, I worked as a meat wrapper in a grocery store, a waitress in a deli owned by a family friend and as a billing clerk in a big department store.

They weren’t glamorous jobs. But they taught me a lot.

Imagine this: an HR person told me that he’s actually had parents of employees call to find out why their (adult) child had a bad performance review. Huh?

Our generation seems to have a complicated relationship with kids and work.

So well-meaning parents, think twice. Are you really helping your kids by protecting them from the working world?

If you’re sending them to college to help prepare them for a career, wouldn’t you want them to have some practice in the working world? To understand its practicalities?

The answer should be yes.