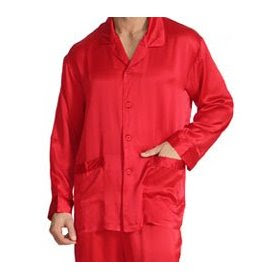 When the actor playing the fey Algernon in tonight’s performance of Wilde’s The Importance of Being Ernest walked out in his red silk pajamas and dressing gown, I was hooked. Riveted to him and his jammies, and I wish I could’ve taken a photo.

A so-so production, despite Stockard Channing’s appearance, which was heavily marketed. She wasn’t that good. In fact, the acting was very low key in most of the first act, which is a shame, because some of Wilde’s best and most over-the-top lines are in it. Such as:

Relations are simply a tedious pack of people, who haven’t got the remotest knowledge of how to live, nor the smallest instinct about when to die.

The only way to behave to a woman is to make love to her, if she is pretty, and to some one else, if she is plain.

It is awfully hard work doing nothing. However, I don’t mind hard work where there is no definite object of any kind.

Things picked up in Act II, thank goodness. And of course, Wilde is timeless:

And certainly once a man begins to neglect his domestic duties he becomes painfully effeminate, does he not? And I don’t like that. It makes men so very attractive.

London society is full of women of the very highest birth who have, of their own free choice, remained thirty-five for years.

Gwendolen, it is a terrible thing for a man to find out suddenly that all his life he has been speaking nothing but the truth. Can you forgive me?

A wonderful thrill to see a Wilde play in Dublin. One more day here, at a medieval monastery tomorrow morning, which is, of course, the only possible follow-on to Oscar Wilde. And then: Scotland.