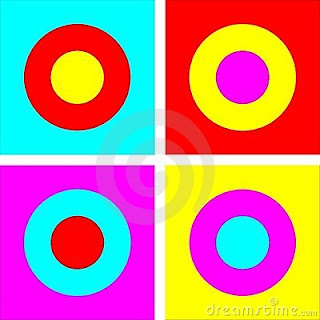 I’m one of those people who knows instantly when she’s found the right house. When I walk in the door, the house magically and instantly speaks to me. None of my houses over the years were exactly alike, but I had the magic moment when I walked into each.

I am also a big believer in signs and omens. I’ve always been hugely intuitive, even if I don’t always act on it. As a kid, I felt I could read adult minds and used to worry that they could read mine. 😉

Saturday morning, I walked in the door of a house and magic happened.

♥ We are under contract for a beautiful house in the Dry Creek area of San Jose. Sort of “Willow Glen,” but then everyone wants to claim their house is in Willow Glen, and it’s not exactly how I identify WG. But if you know San Jose, you know Dry Creek is a nice, convenient area.

Everything will be signed and sealed before we leave for Italy this month, and we can move slowly over the next few months. 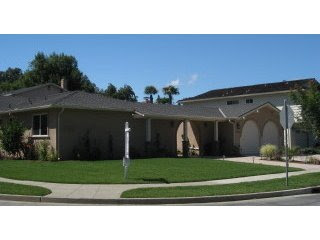 The home was built in 1968, but it’s been completely gutted and beautifully redone in preparation for sale. The family trust that owns the house has done an incredible job. When the inspector came over in this week for a recheck, he was practically overcome by the first-class detail put into renovating the house. He found one thing that needed to be re-done, and the owner had it fixed it within 24 hours. Plus, everything is brand new, and I do mean everything. All light and airy, too. 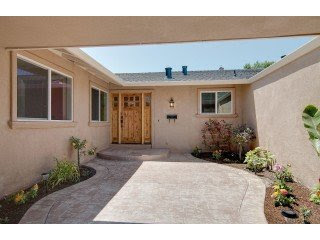 Obviously, I’m going to have to take up gardening, so I can turn this courtyard into a place of splendor. I see colorful ceramic pots with plants, topiary. Maybe a chair or bench. 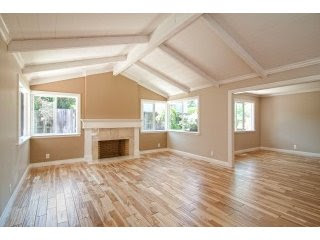 This is the living room. I am crazy about it. Aren’t the floors spectacular? Birch. Solid hardwood.The dining room is on the right. Big. 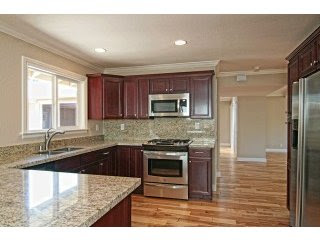 This kitchen is gorgeous. And there is a full pantry closet with a glass door. In case we get lost, it’s etched “PANTRY.” I wouldn’t have done that, but then again, this is the last house we’ll have, and I will be grateful it’s labeled when Alzheimer’s sets in. Assuming I can still read then. 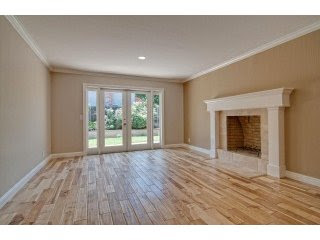 You probably think this is a different view of the living room. It’s actually the family room and will be where the two bigger dogs hang out. Yes, two fireplaces in this house! Nice backyard with a fountain.

Also 4 bedrooms (yes, Riley gets his own), 2.5 baths, a breakfast nook that’s more room than nook, a laundry room and enough closet space if I do a little downsizing (each with cedar flooring).

Do you believe in omens? I do.

Our realtor reviewed the disclosures as we looked around. Here in California, with so many cultural issues, EVERYTHING must be disclosed.

“Grandma died in this house,” she said. “It was a peaceful death. Does that bother you?”

My instinctual response, without even thinking, was “Grandma wants us to have this house.” It just came out, reflexively.

So we made our offer. An hour later our Realtor called.

“The owner was touched by two parts of the offer,” she said. “The first was what you said about Grandma. She felt that this was a sign that the deal was meant to happen and she’s accepted your offer.”

Now, you may think it’s a push to believe that some higher power brought down a Hurricane, an MLS glitch, an offer that fell flat and also installed an unusual shower door AND that Grandma spoke to me from the other side. All so we could have this house.

But I believe that’s exactly how it went down.