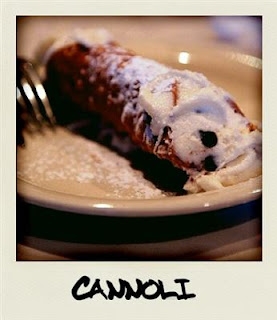 The Italians have a saying:

There’s something to be said for that.

My husband is actually from my hometown, Rochester, NY. But more than that, he’s of Sicilian descent, as am I. This gives us the kind of shared values that can be hard to come by when you marry outside your culture. Not impossible. Just harder.

I maintain that it was a lot easier for M. and me to reconnect quickly because we came from the same culture. The same place.

When you have so much shared experience, so much can be communicated just by a look, or a single word. In our case, it can be just a single word in Italian.

Early in our renewed relationship we had a tasting with a caterer we were considering for our party in January. The food was bland. Tasteless. Disappointing.

I turned to M. and said, quietly, in Italian, “Americano.”

One word. Said it all.

Have you ever been somewhere and seen some guy acting like an ignorant boor?

We women of a certain cultural background would say, “Che cafone!” What a jerk! But not just any old jerk. A jerk of a certain boorish kind. (Sicilians are considered the country bumpkins of Italy, so we’re often targets of that word, I should point out.)

After 30 years apart, you might think it would be harder than it’s been for M. and me to reconnect. And there are times when I think logically: “You know, in some ways we’re really total strangers.” He has those moments, too, he says.

You’re probably wondering why I posted a photo of a cannolo. (Cannoli is the plural.)

Well, it’s a Sicilian pastry. So it relates.

And I want one. Right this minute.

I can taste the sweetened ricotta cheese. Feel the crunch of the pastry shell. Yep, I want one. But no, I won’t be having one, I’m sorry to say.

(Yes, Trainer Tom, I’m on the straight and narrow. Still.)