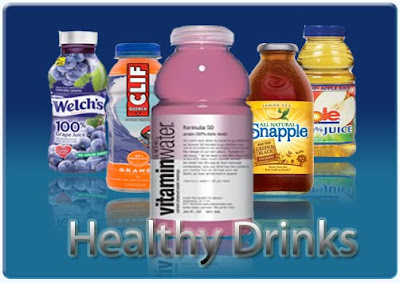 Once we could identify any given action as probably belonging to one school of thought or another.

For example: Caloric soft drinks have been banned from vending machines in San Francisco in a move by Mayor Newsom to combat obesity.

Worthy goal. Just a few problems with it. Such as, it sounds totalitarian. And not necessarily healthier:

In this new scenario, juices, which are not low in calories, are ok. Anyone knowledgeable about healthy eating knows that fruit juices are on the “banned” list for those wanting to cut back on sugary foods. So this makes no sense.

Diet sodas are also ok, even though it’s fairly well proven that aspartame is poison. I learned this myself in Nov. when I OD’ed on aspartame and lost hearing in one ear for a week, plus had tinnitus that distorted all sound, especially music. Terrifying. It took a taper-pack of steroids to get my hearing back to nearly normal. I no longer drink or eat anything with aspartame.

But going back to the ban: does this make sense? Is it appropriate for city government to serve as diet watch-dog for its residents? To decide what is ok or not for a specific person? Especially when the “approved” drinks aren’t always so ok?

And what about personal responsibility? Should a city rob its people of the ability to make a personal decision? This so-called “liberal” decision really sounds totalitarian to me. Newsom’s dead wrong. 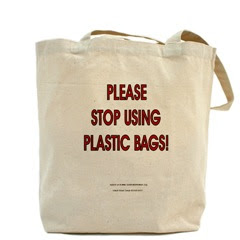 How about the coming legislative ban in California on plastic grocery bags? Sounds good, but look more closely.

Go to any grocery. Many people are using cloth bags without being forced. The plastic bag recycle bins at groceries are always heaping full. We, like many dog-owners, recycle our plastic bags by using them for Riley’s potty pads and scooping poop. Must we soon PURCHASE them? 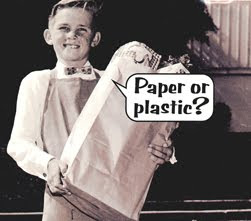 We know all the ways plastic bags are bad for the environment. Now, we find that the ecologically-correct cloth bags could be bad for us, regardless of the environment. They could carry e. coli or other harmful bacteria unless they are washed every time. With bleach. Who’s going to do this?

Also, there’s evidence that more plastics are used in the manufacture of some of these re-usable bags than in the standard plastic grocery bags. So what are we really accomplishing? 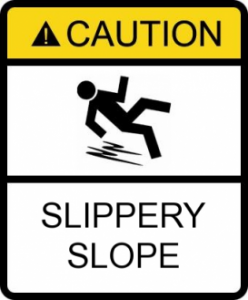 I’m not sure why government has to step in every time an issue is raised. It’s looking pretty scary to me. I really don’t want someone impeding my freedoms in this way.

First plastic bags and beverages, then what? It’s a slippery slope and we need to be paying attention because I’m pretty certain that we, (right and left alike) don’t want to go down it.

In fact, we ought to listen to Paul Simon & Art Garfunkel. Especially this line: We believe we’re glidin’ down the highway, when in fact we’re slip slidin’ away. Here’s the song.

2 comments on “Paper, plastic or totalitarianism?”