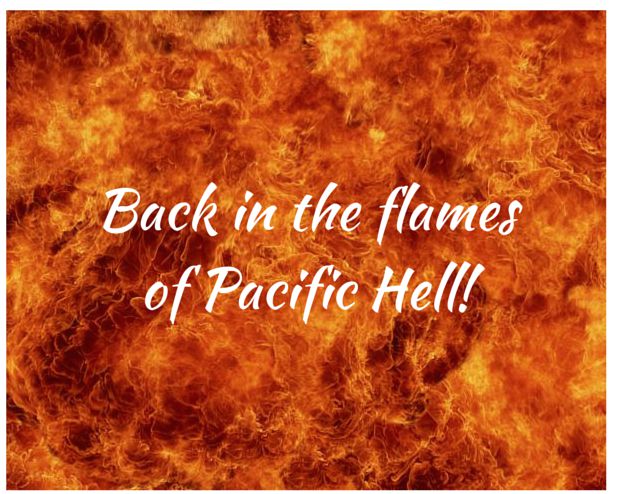 At the end of the last chapter, the boxes were piling up and I had begun to unpack, not knowing what I’d find because Bob got tired of specifying rooms and began labeling all of the boxes “Misc.”

Meanwhile, in one of the boxes, we actually found a phone. Triumphantly, we plugged it in and found we had a dial tone. Hey! Great!!

But…what was our phone number?

“We don’t show you as having phone service yet,” they told me.

“Well, I’m talking to you from my house,” I said. “Can you at least tell me what number I’m calling from?”

“No, we don’t have that capability,” I was told.

“But you’re the phone company…” I started. “You mean you can’t even tell me what number I’m calling you from?”  This was back in the days before Caller ID was available to everyone.

I was put on terminal hold while they figured out what to do. Meanwhile, I considered whether I’d be arrested if I called 911 and asked them to read my phone number back.

A half hour later, Pac Bell concluded we did NOT have phone service, even though I was talking to them on a land line in our house.

I was beginning to think everything people in other parts of the country thought about California was true.

Bob’s son, R., had been listening to this with great interest, as he helped his dad move boxes. He had what turned out to be a brilliant suggestion.

“My paranoid roommate has Caller ID,” he said. “When I get home, I’ll call you on the cell. You call me back on the land line and I’ll tell you your phone number.”

That boy was definitely smart. A brilliant solution.

An hour later I had a phone number in my hand.
“But,” R cautioned. “It shows up as registered to Gonsales and Rivera.”

I didn’t care—I had a phone, a dial tone AND a phone number.

Now, we needed a phone book. Yes, yes, there was a day in the not tooo distant past when we actually used phone books.

Bob called Pacific Bell and was told that phone books were at grocery stores now, like Safeway and Lucky. Ok. Easy enough.

This is what a phone book looked like. Back in the day.

At multiple Safeways, he was told that there weren’t any more and hadn’t been for a long time.
He looked hard for Luckys, but they were all long gone, acquired by Albertson’s, a fact the phone company didn’t seem to know.
At Albertson’s he was told that they had never heard of phone books being at grocery stores.
At the Pacific Bell payment office, where they are happy enough to take your money, he was told phone books were at libraries.
At the library, the clerk looked at him blankly.

He came home and called Pac Hell again. Now he had an 800 # to call to order phone books. It would take between 15 and 30 working days to get one.

I smiled and went to look for the cats’ Valium.

Just then, the land line rang.
“May I speak to Michelle?” the caller asked.
“No Michelle here,” I started to say.
A voice interrupted me.
“This is Michelle!”

Sure enough, our lines were crossed. We were sharing a line. Here I was in Silicon Valley, the center of the technical universe, ground zero of the telecommunications revolution, and the only service I could get was a party line.

Oh, you don’t remember party lines? You could pay less if  you didn’t have your own phone line. You had your own number but you shared the line with a few neighbors. They’d have to be off the phone for you to use it. I think party lines went away in the early 1960s.

I called Pac Hell.
“I didn’t order a party line,” I pointed out.
“We don’t have party lines any more,” the rep told me.
“You do now,” I replied.
“And you don’t have phone service,” she explained.

She promised a tech would be out that day.

Looking for the earlier chapters?

Preface: Moving on by moving

Chapter 1: Packing–how hard could it be?

Chapter 2: The adaptability of cats