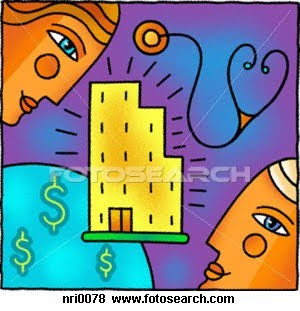 If you haven’t ever been to WebMD or a medical website of any kind (Mayo, drug company, etc.) for information you’re probably in the minority.

The plethora of medical info on the internet is both a curse and a blessing. Some doctors don’t like it when patients do too much research, because individual cases differ from internet generalities. Unfiltered information can upset people.

Medical info on the web has been responsible for much anxiety and neurosis, I’m certain. But it’s also a great resource, especially when the system fails you.

Someone I know was experiencing sporadic but excruciating stomach pains for more than a year. Test after test showed nothing. And yet, the pains were very real. 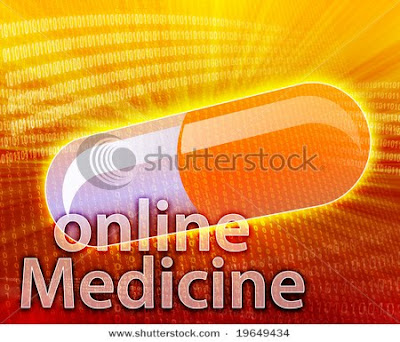 It wasn’t until she began researching the side effects of Boneva, a drug she’d been prescribed for osteoporosis, that she deduced the origin of the pain. And she was right. She took the info to her doctor, went off the Rx and the pain never returned.

So was this a savvy medical consumer? Or someone whose physicians dropped the ball?

I haven’t been feeling well since a few weeks before Italy. It colored our trip and when I returned, I saw my doctor. The non-invasive tests were all negative. My physician, whom I respect, gave me samples of a powerful prescription medication, but no instructions. I began to take the med, but my symptoms persisted intermittently. 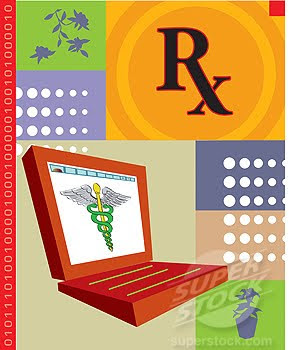 After a week, I looked online for information. I found that my worst symptom was actually a side effect of the drug. And that I should have been taking the drug with a full glass of water. And probably remaining upright for a few hours. I’d been taking it right before bed with just a swallow.

I changed my method and the symptoms seemed to mostly abate. But not entirely.

This information was widely available and I found it myself. 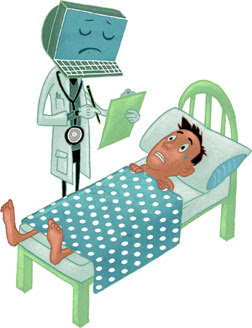 My doctor’s next step was going to be booking me an endoscopy. But, maybe the better next step and the simplest would’ve been to have suggested dietary changes and some other things.

And I should have gotten instructions with my sample meds — the same ones that a pharmacist would have given me–to tell me how to take the drug . In fact, as much as I appreciated saving $60, I would’ve gladly paid just to have had the instructions and save myself the discomfort.

Where is the line between patients taking responsibility for their own illness and them having to diagnose and treat themselves?

I have no doubt that my doctor is extremely competent. If I had something serious, she would absolutely be the one I’d want to quarterback. However, I do believe she — focused only on test results and a prescription — failed me in a few common sense but important ways.

I should not have had to research my medication and my illness to come up with a course of action. That is, after all, a physician’s job. {And I’ll just point out that my father was a family doctor and my brother is a surgeon, so I’m more than a little familiar with this subject.}

What bothers us is that she is what’s called a “concierge” doctor. We pay a monthly fee for enhanced access to her. We do not pay for office visits, blood draws or shots. We routinely exchange emails, we have her cell phone number and she makes house calls. We like this level of care and believe it’s worth it.

But we wonder about a medical system in which the simple solutions are completely missed in favor of tests and more tests. And why in some respects, we are forced to find our own solutions.

We’ve decided to sit down with our doctor soon and talk about this.

Because “Patient, heal thyself” only goes so far.