Preparing for the ride 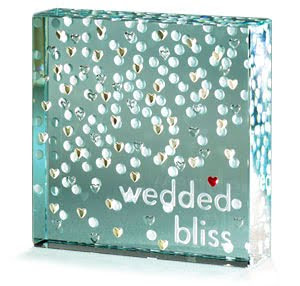 It’s after 7a.m. and still dark as night outside. The heat and humidity in west-central Florida belie the fact that fall is almost here. But then, Florida is a two-season state. Most of it, anyway.

Dark or light, each of us has a morning routine, no? Mine is to get out of bed and head to the kitchen, where I make a tall, strong cup of drip coffee with half and half. And prepare Riley his breakfast.

My husband’s routine is to get up and walk Puddin’ with a friend and neighbor, often meeting up with other neighborhood dogs. He then feeds the menagerie and prepares to go to the office.

Right now, Riley is curled up against my leg. I’ve enjoyed all the time we’ve spent together since I quit my job. Five months at home has allowed us to connect in an even closer way. He’s even more adorable.

Four more nights, and then, a dark-sky morning with a new routine. For both M. and me. Because we’ll be living together. He’s going to give up one of his primary social routines: the morning and evening walks with a group of neighbors and their dogs. I’m going to give up my quiet time with Riley. What we’ll gain is even better.

I’m trying to imagine our new routine. Gigi, the youngest cat, likes to wake M. up at 6:30am, if he hasn’t already fed her. She wants her breakfast! She also sleeps with him. But Riley sleeps either with me or somewhere in the bedroom. And he has only seen a couple cats and he’s wanted to chase them.

Puddin is like a rug. She just lies there. When she visited, I spent a lot of time stepping over her. Tinker is also placid. M. says that he has learned to shuffle if he walks in the dark so he doesn’t step on anyone.

Little He, the hound, is kind of skittish–to me, he’s got a little bit of a wild-eyed look. I imagine him with a tab of acid or a bottle of Wild Turkey. I would’ve named him Hunter for Hunter Thompson.

Rufus, the yellow tom, is used to going outside at night. That does worry me.

Riley is going to be beside himself with excitement. After all, five pets are coming into his space. For good. I can only imagine the barking, hissing and chasing until everyone reaches some equilibrium. And there will be casualties, I’m sure. Minor ones, I hope. 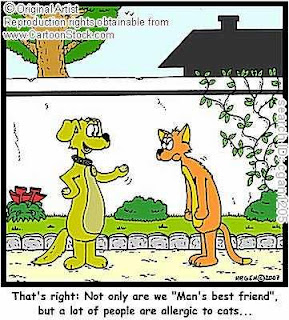 I’m not sure what our new routine will look like, but I know we’ll develop one. Riley and Puddin already have walked together, so that will continue. Riley loves it and loves going potty like a “big boy” out in the grass, instead of on his potty pads.

I’ve had the patio screens reinforced, and sodded the 6 foot by 6 foot “lawn” I had built for the patio. It’s in a wooden frame and it’s how Tinker and Little He will potty. I have a cat litter box for the first time since Tyler passed away almost three years ago. Even though M. says his cats won’t scratch a post, I have a new sisal one and intend to attempt a retraining to save our furniture.

Over the past dozen years or so, I’ve spent a lot of interior time. Internal time. In my head. Time alone, in long-distance relationships. Maybe it’s the writer in me, but I’m more focused on the interior life than most and I still do need more space than that average Jill.

My marriage to M. brings me out of that head time. Maybe it’s the lawyer in him, but M. challenges everything in discussions. He engages me. It keeps me on my toes.

I’m also used to running the show. Let’s face it. It’s true. I’ve either been single or the primary wage earner and haven’t had to do much compromising over the past 25 years.

But in this relationship, I don’t run the show. We do. We’re a team. The art of compromise is alive and well and I practice it happily.

I haven’t had the pleasure of partnering with someone who shares my sense of the adventure we call life. Until now.

Change. I wrote about it last week. And even though I’m trying on various possible scenarios for size, the fact is that starting Sunday night, life will be different in ways I haven’t anticipated.

What I do know for sure, though, is that it’ll be a “Holy shit, what a ride!” life together.

And that makes me smile.