Prince Charming for the 21st century 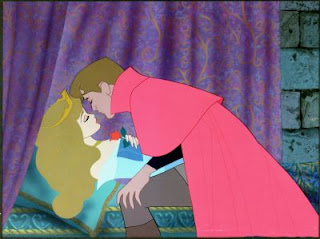 Back in the day, every girl’s mom wanted her to marry a doctor or a lawyer.

Ok, maybe not every mom, but many.

Their idea of a more practical prince in the Sleeping Beauty fable was a professional who could assure lifetime financial security. To children of the Great Depression, that was everything.


It wasn’t that simple for me. My father was a doctor, and that lifestyle held no appeal for me. In our world, family was not as big a priority as his practice and that, again, was probably because of his childhood of poverty.

I dated one doctor, a neurologist who had a far better schedule than my father. But nahh.

As for lawyers…when M. and I were married the first time, he went to law school. Yes, we toughed it out together. But I’d agreed to marry him before that was certain, so it didn’t matter either way to me. After I was single, I dated one or two other lawyers, but found them completely boring.

I missed all the gravy years of M’s practice and picked up with him again at retirement. (This was actually a good thing. As he says “think of it as a 401K. You put it away, you don’t look at it for decades and when you do, well….”)

You’d think it would be handy to have a lawyer in the family but the truth is, at this stage of the game, we just don’t have enough drama to require legal counsel.

What I SHOULD have done is married an IT guy. Or gal.

Now THAT’s a spouse for the 21st century, someone who would come in very handy on almost a daily basis.

If I had a daughter, that would be my counsel.

Forget those so-called “professionals”. Find yourself a 21st century Prince Charming: someone who knows his or her way around today’s technology.

One comment on “Prince Charming for the 21st century”