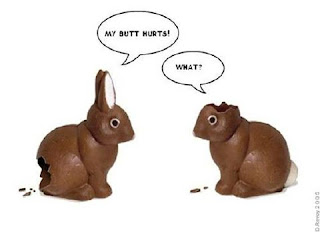 Peeps are out at Publix, so it has to be the Easter season. So far, I’ve resisted buying those cute pink and yellow marshmallow chicks. But they’re definitely on my list of holiday traditions.

MOVING…STILL
I’ve had a productive, but unregimented, morning. My work schedule is very relaxed in these last few weeks, and I stayed home today. I went over to my new storage unit and I have to say, it is the Cadillac of storage units. I’ve only had one other, the one on the Monterey peninsula. It’s in an industrial area and pretty rough. Two years ago, some homeless guy was actually LIVING in the unit next to mine, and set it on fire with a space heater. Some of my stuff was so damaged I had to discard it.

But this one–I would actually consider living in it, myself. Nicely carpeted. Immaculate. I’ve always thought self storage, if done right, would be a profitable business and I still think that. This one is very high tech, lots of security. Cards that swipe you in and out. I dig it. My ‘nephew’ and I put seven small boxes in already and he says it’s so nice, it’ll be a pleasure to go put stuff in it.
(Excuse me, while I go remove the roll of toilet paper from Riley’s mouth.)

This afternoon, the mover arrives from California with Dad’s desk (the second time it’s come to Fla…sigh), a chest of drawers, a gorgeous wooden trunk, a dresser, exercise bike, framed pictures and some boxes. I got a larger unit than I thought I’d get because we’re going to take all my excess stuff from the little Tampa house and store it. At least for a few months.

RILEY
Riley would make a great neurosurgeon. I have watched him carefully maneuver himself into my half packed suitcase and select one sock, remove it gently from the suitcase and run away with it in his mouth. He can pick out just about anything he wants, without disturbing the other stuff. Imagine what he could do in the human brain.

ESCAPE VELOCITY
I’m still getting several emails an hour from my email list and my favorite is the former reporter who congratulated me on “making escape velocity from TH.”

Actually, all the reporters I know personally have sent great notes, including the one who got laid off from a paper and has been not only doing interesting freelance work, but just got back from another country, where he was doing research for a novel he is writing. He is my age and LOVES life after layoff. But of course, his wife still works and they have made very prudent financial decisions all along.

I am seeing a lot of activity among people my age. Everyone is busy reinventing themselves, many because they’ve been forced to, and I’m impressed. It seems that we are all rethinking our values and priorities and for some it’s been the catalyst for living the life they’ve dreamed of.

That’s my plan, too. I have to admit: it’s EXCITING! To see all this among my friends and also to work on my own thing.

Life Lessons
They say you can’t teach an old dog new tricks ( I can barely teach Riley a damn thing and he turns two years old tomorrow–he’s not even an old dog).

But I have to admit that I am learning new things every day. It’s interesting to have changed my life situation in several important ways and realize how my knee-jerk responses don’t work that well in this new life. I’ve just about always had a standard job with fairly standard hours and duties. Now, I have the flexibility to run errands during the day, without feeling guilty or having to return to an office. Or clients. I used to wonder “what do these women do that they can go shopping mid-day?” Now, I’m becoming one of them.

As a working woman, I’ve always been pretty much in control. I didn’t realize how much that was true until it was reflected back at me from the outside, and I was asked to relinquish it. It’s not so much that control is difficult to relinquish, it’s just so integrated into my life that I don’t see it until it’s pointed out.

I may be older, but I’m learning.

It’ll be interesting to see where I’m at next year at this time.