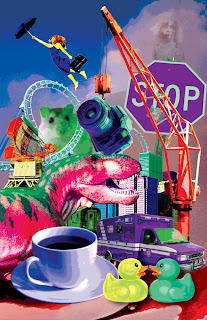 The other day I was writing about a difficult life situation in which I felt the victim. I believed with all my heart I’d been wronged.

And that’s how I wrote it.

My husband, who knows something about the issue, read it and (astutely) asked “But what about you? Is it all them? What do you own in that?”

Like most people, I can feel put upon from time to time and it’s natural to point the finger outside myself. We all do it.

But I wouldn’t be honest if I didn’t entertain the notion that there is a different, equally valid way to look at the situation.

We bring to our viewpoints the sum total of our experiences and the emotions that follow. They color how we look at everything.

So, our viewpoints are inherently biased, no matter how convinced we are of their rightness.

And yet, it’s a neutral world. Benign. I (and maybe most of us) need periodic reminders of that.

As a believer in the examined life, I like to think of myself as self-aware and maybe more so than the average Jill.

Sometimes, though, it takes an astute outside observer to point out when I am not looking deeply enough at an issue to take responsibility for my feelings. My angle is not the only angle and if it’s an emotional issue, may not even be a reasonable way to look at it.

In the name of self-awareness it’s far too easy to spin out into an endless loop of negativity that reinforces itself over and over.

It’s not really self-awareness at all. How well I know. Just when I congratulate myself on my ability to look within, it becomes clear that I’m not really looking deeply enough. And the kicker is that I’m hardly ever astute enough to see it. M. or someone else has to take me there.

Like I said the other day: the examined life is hell.

Here’s another flash: the world is not only neutral, it’s random.

Bad things happen to good people and to bad people in equal measure.

M. and I have recently had to deal with a real harridan, someone so mean and negative that she defies description. I’m sure there is great pain behind her attitude, but I certainly struggle with compassion.

“Don’t you wonder why bad things don’t happen to people like that?” M asked me the other day.

Disease is indiscriminate. Jobs come and go regardless of capability.

Things happen to us. Sometimes, heartbreaking things. No one is immune and it’s not a contest. It’s relative.

A friend’s suffered two different bouts of cancer in two years. Others have lost children. Several people I know have terrible, debilitating diseases. Another’s life partner is incapacitated. A child has autism. A good friend was in a random accident and suffered injuries such that his quality of life has deteriorated significantly.

It’s not something they did or didn’t do.

Yes, of course, there are some well-established cause and effects. For example, smoking can cause cancer.

But for some people it doesn’t.

We do the best we can and bad things still happen.

What happens is mostly the luck of the draw and there’s really no pattern, purpose or objective. 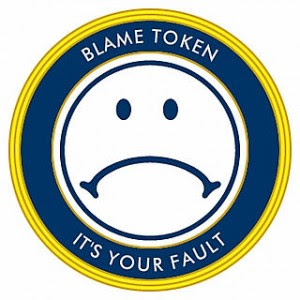 We can waste a lot of time looking for a reason that won’t ever become apparent. Or trying to blame something or someone.

Perhaps one day we’ll find something simple is the root of all disease but until then, there’s no useful purpose in railing against any particular variable. It just makes life that much more difficult.

Many of us, and me included, can drive ourselves crazy obsessing about what we did or didn’t do. Or (mis)interpreting others based on our own (possibly) skewed viewpoint.

“People shouldn’t do that,” we rail.

Well, look. As much as we’d like to formulate the world so that it’s more comfortable for our particular emotional issues, we can’t.

The world is neutral and it’s random.

Imagine what it would be like if the world had to take into account everyone’s individual tweaks.

p>The toughest part about being self-aware is having a clear view, identifying what’s our own stuff and then owning it.

It’s the starting point for a happy life and I’m glad I have people in my life who help me see that.