Reality TV: All Alaska, all of the time 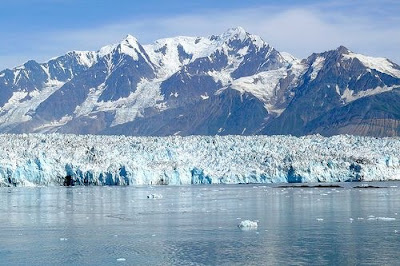 Alaska has become the center of the reality show universe this year, and despite the fact that these shows are manipulated, twisted and yes, scripted, we’ve gotten hooked on the bird’s eye view of our northernmost state these shows produce.

Gold Rush Alaska depicts what has to be the dumbest group of guys since the Keystone Cops, stumbling their way through a search for gold during the current big gold rush revival. I’m certain the entertainment value it provides is not the one intended: we spend a lot of the show watching the screen in disbelief as they do one stupid thing after another. Truly, it’s a good thing camera crews are with them, because left to their own devices, they’d have been dead in Season 1.

Bering Sea Gold is all about dredging for gold and the characters are just as stupid. Really. Maybe dumber.

We now know so much about gold mining that I’m taking M. to gold country for his birthday next month, where we’ll spend some time panning for gold. 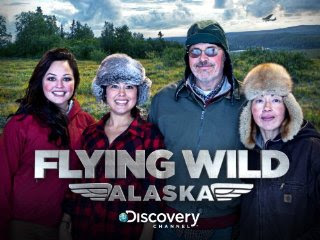 Fly Wild Alaska features the unflappable Jim Tweto, his native wife, Ferno and their two giggly daughters, Ariel and Ayala. We love Ariel (in the hat)–she’s the Alaska version of a Valley Girl, except she can shoot a gun. The group operates an airport and Era Alaska airline in a tiny bush town. It’s all bush airplanes and pilots who really fly those little planes through horrible weather. They need to, because the supplies they ferry keep isolated villages alive. Often, bush planes are the only way native Alaskans can visit family in other small villages or get crucial medical care in bigger cities.

I am, however, obsessed with fear that one of the two small Tweto dogs who wander the tundra will get picked up by an eagle and eaten. We love the Twetos. However, if I showed up at an airport and Ariel was my pilot, I would not get on the plane. 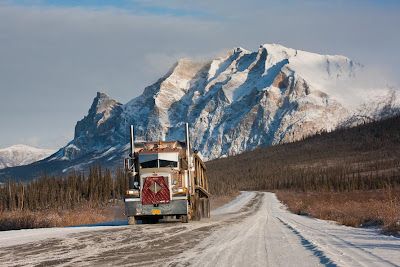 Ice Road Truckers. I had no earthly idea that some of the distant Alaska villages were entirely cut off during winter and that truckers had to drive on dangerous winter roads that are actually frozen lakebeds. The show’s over-produced, but it’s definitely shown what a hair-raising job truckers in Alaska have. The truckers are all characters, and there are even a couple of hot women truckers (of course: it’s TV.)

Alaska State Troopers? Think Cops, with more drunk people, more knives and guns, and people who get high and wear bear suits. Some of the troopers cover more than 200,000 square miles in their beat, so law enforcement presence is sparse. Who knew? Wildlife

officers are important as there are always hunters and fishermen who want to break fish, game and environmental rules. Did you know Alaska has their version of Burning Man? It’s called Arctic Man and it draws 16,000 people, which is a heap, considering the distance and conditions.

Coast Guard Alaska is more like a recruiting commercial for the Coast Guard. Everything is always wonderful with these men and women. But it does show us how difficult the training is for rescue swimmers and they save people from some of the scariest situations in some of the toughest, most isolated places. And that’s edge-of-your-seat stuff.

Here’s what I like about this kind of reality TV:

These programs have whetted our appetites for the magnificent vistas and tough terrain of Alaska. M. and I have both been on Alaskan cruises, but we’ve become so interested in the state that we’re ginning up an Alaskan road trip for the future.