Riley has two soft, squeaky balls that he loves. But they’re wearing out from four years of constant play. He likes a particular kind that are hard to find. This week, we found some that were slightly smaller but pretty much the same. We bought a few and thought we’d see how he liked them. 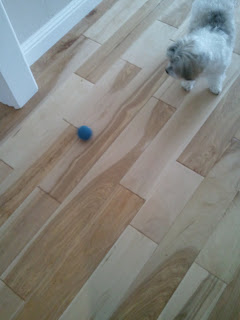 Turns out, Riley likes them just fine. In fact, he has adopted one as his “special friend” and won’t let it out of his sight. If Michael approaches the ball, Riley snatches it up and runs away. He guards it with his life. If we hide it away, he can sniff it out and either sits in front of the cabinet whining or jumps up repeatedly to try to get it. He is so attached to it that we’ve decided it’s his pet and we’ve named it “Fred.” 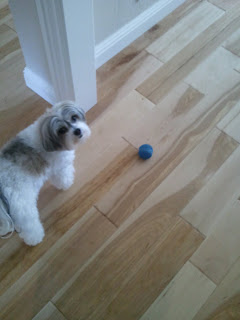 M. tried to take Fred, but Riley growled and snapped at him. We’ve never seen him so attached to a toy. Ever. I, however, can take Fred from Riley and throw it for fetch. They’re very cute together. 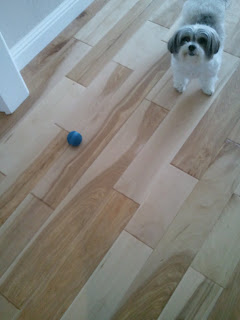 But all of that is not to say that he has given up cigars: 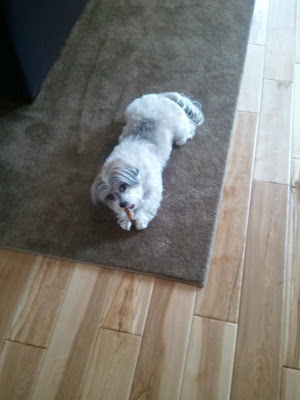 Yes, he still enjoys a trusty Toro chew every so often. But not as much as he loves Fred.

Stay tuned: the lovely Lexi and Riley have a date tomorrow night. Fred is not invited.