How overplaying a royal hand is never smart 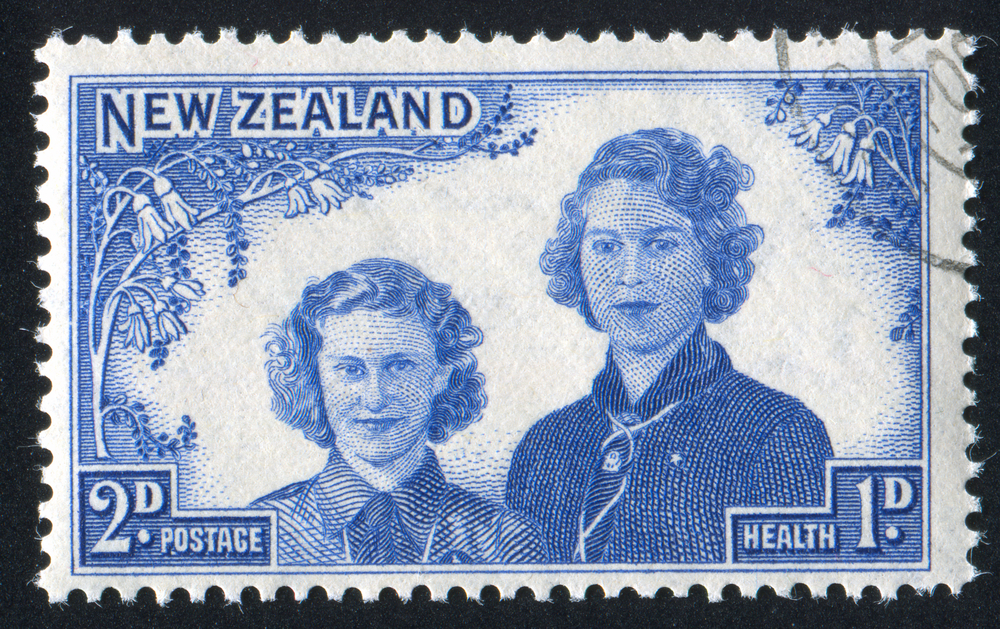 My husband and I watched a Netflix documentary on Queen Elizabeth II and her sister, Margaret, the other night.

Margaret was long known to be a self-centered party girl after she broke off with the dashing Group Capt. Townsend, and she may well have been. But this film took the view that her decision to not marry him was because she knew it would be hard for her sister, the Queen.

They hinted also that the bloom might have also been off the (Margaret) Rose, after the poor beau’s two-year Palace-mandated banishment. Perhaps it didn’t sound so exciting, after all, for Margaret to lose her place on the Civil List (and her income), along with her royal position and work.

No grudge, they claim

And, the film insisted she never held this decision against her sister, the Queen. She went on with her work and her life.

We compared this situation to Prince Harry’s current one. While you might wonder why we care, we really DON’T care. But humans are endlessly fascinating, and we enjoy speculating on their behavior, motives and the outcome. So here’s the gist of the discussion:

Princess Margaret was raised in the royal system at a time when it had more influence than it does now. She knew very well how “The Firm” worked and how far she could push it. When the Palace sent her beau away for two years and didn’t even allow time for a proper goodbye, she was devastated, but she didn’t buck it or even resent it, according to the film.

Her life was pretty sad after that. In the end, she died way too young, without love. But there’s no way to know if that would’ve been different had she married her beau way back when.

Harry and Meghan are another matter. Let’s talk about Harry for a moment. And yes, bear with our speculation if you continue reading. 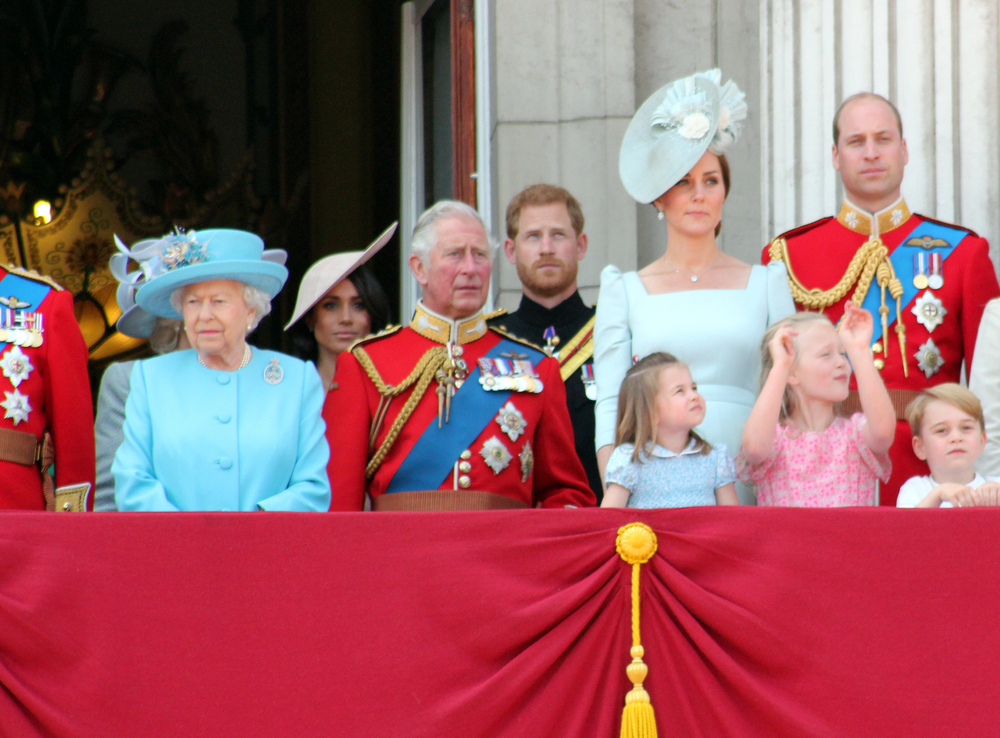 Harry & Meghan on the balcony, pre-exit.

Harry was never going to be King, unless, of course, something happened to William before William had heirs. Harry was always secondary, just as Margaret had been. Nonetheless, he lived in a privileged bubble. He is the grandson of the monarch and the son of the heir. It’s only natural that he took his privilege for granted; we all do. It’s all he knew. Why wouldn’t he take it for granted?

The hordes of press always around his mother (which she used very strategically) and her terrible death had a huge impact on the young boy he was at the time. There is no under-estimating the effect on him in those tender years. Heartbreaking, really. And probably also confusing. Was the press responsible? Did the Palace kill her? or his father? There’s been so much speculation and he grew to see the press as not only the jackals they are, but significantly responsible for her death.

A curse and a blessing

Maybe they were, I don’t know. But clearly, she had a symbiotic relationship with the British tabloids.

Harry is not considered the brightest diamond in the Windsor crown, so perhaps he couldn’t see that his mother used the press as much as they used her. It was a complicated scenario and he might not have been equipped to process those complexities. But he did want to defend his mother and protect her, even after death. Understandable that he would want to protect his wife from that kind of situation.

Katherine was not born royal. But she is British and knew the system. Once she began dating William it was clear that she needed to do everything right and she did. She doesn’t talk to press unless it is arranged and even then, never the wrong word. She does her job. No false steps. Not even as a younger woman. But she grew up British so the system she entered when she married him was not completely unexpected.

So clueless she became an interloper

Enter Meghan. An American. Not British. But more significantly she was raised in and lived in a celebrity-obsessed culture. Became an actress, and you know how they love publicity and to manipulate the media. Plus, she really wasn’t an intellectual or a history buff. Unlike Princess Margaret, we believe she was largely ignorant about the royal system and how it worked. She only knew celebrity and publicity, and they work very differently in Hollywood than the Palace does.

Harry was smitten. And no wonder! What a lovely and charming young woman! And she returned his feelings.

Elephant in the room

William, on the other hand, and his wife, saw the risk. I believe they understood that Meghan had no real idea what she would be getting into and Harry was rushing things. William’s “Are you sure?” question became more a challenge to Harry than the loving and realistic question I assume William meant it as. Maybe Katherine was a bit…supercilious.. about it. I don’t know. But I could imagine that.

Harry was in love! How dare they question his decision! I’m sure he shared his outrage with his intended bride.

But Meghan hadn’t had a life of privilege. She probably didn’t know a thing about the monarchy or British history.

My husband and I are Anglophiles. The place fascinates us. We’ve been to the UK numerous times (going again in November) and my husband has had many business dealings there. We also know something about British history and of course, their history really is also our history,  pre-1776.

When what you don’t know bites you in the butt

Meghan was an actress. She isn’t particularly knowledgeable about history.

So when she and Harry banded together to step out of the role of working Royals, she didn’t understand what that would mean. Just how big a step that was and how it would impact their lives. Especially Harry’s. And Harry was probably love-blind, plus affected by his mother’s situation and treatment by the Palace. He didn’t think the consequences through.

To Meghan, getting a Netflix deal and trying to brand products with her new crown logo was just what you do when you’re a celebrity.

But it’s not what you do when you are a member of the Royal Family.

And when all negotiations and discussions failed, the Queen drew a line in the sand. She had to. It’s how the Firm works. Harry and Meghan were either in or out, and they chose out. I’m sure it seemed an obvious choice to the Sussexes. They didn’t want to play by those stuffy rules. They wanted to do their own thing. So, they did.

Maybe not such a good decision.

They overplayed their hand. Unlike Margaret, they pushed the Palace past the breaking point.

On top of that, Netflix isn’t exactly happy with them because they can’t deliver the Royal goods they were hired to deliver (pix of the Queen and the baby! Royal stuff!)  and the company isn’t doing that well, anyway. The Sussex attempt to brand themselves has fallen flat in every arena.

This new scenario is not working out very well.

That was blatantly (and sadly) evident during the Queen’s Platinum Jubilee, when the “working Royals” had a place on the balcony with the Queen.

Harry used to have a place there, too.

But not any more.

He and Meghan were out because they chose to leave “active duty.” And the Palace.

That had to be a pretty big comedown for Harry, who had always been by the side of his father and brother. And the Queen. On the coveted balcony.

And for Meghan, maybe also a shock. Because their changed status was obvious to those of us watching. And as you can see from the image above, Meghan once also had a place on the balcony. In the royal spotlight. Which, as a celebrity, she probably loved.

Oh, sure, the monarchy is pretty much an anachronism.But for me, this really is a sad story. And given the vast distance between it and Hollywood, this story was always ill-fated.

No way out, now

I’m not sure there’s a path back for them, either.

It seems like Harry will be on the outside from here on out,  like his Uncle David who abdicated for “the woman he loved.” I’m sure Harry misses his life in Britain, his mates and his family. I’m sure he misses his royal privilege–who wouldn’t?

It doesn’t seem like he has any real skills to make something of himself. Just the ability to be used for his name. And. maybe that’s not all that exciting to brands anymore since he’s out of favor.

Now that he’s no longer a working Royal, I could imagine the day when Meghan tires of him. 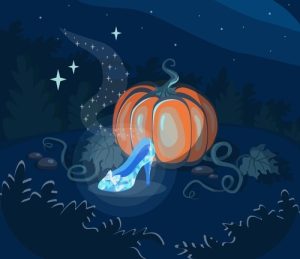 It wouldn’t surprise me if one day they went their separate ways. It would be hard for any romance to survive these blows.

I remember watching her walk down the aisle, a young, beautiful princess, almost like Cinderella, stepping out into a wonderful new life with a handsome Prince. I was happy for her.

I couldn’t have been more wrong about the situation.

Because in the end? The lesson is clear: Fairy tales are still just…fairy tales.

14 comments on “How overplaying a royal hand is never smart”