I’m shaking my head this morning as I read dozens of comments on a social media post I made of Jennifer Lopez wearing a wrinkly maxi dress (not the one in the image, or any of these images), sort of a frontier dress but with a plunging neckline.

PLUNGING. Because she is, after all, JLo, she has a rocking body and her girls stay in place. So hey, plunge away. I’d love my girls to stay where they used to!

I thought the dress and its horizontally placed ruffles hideous, though, and said so. This turned out to be more polarizing than any political opinion I’ve posted. Incredibly so.

Some of my commenters had substantive things to add to a discussion. One reminded me of Target’s line of old-fashioned frontier frocks. Another told me about a movement called “cottage core.” Some talked about post-Covid comfort wear. Some said they also disliked the outfit. Others said they liked it. Some had a dialogue about the outfit, recognizing an opinion as just that, an opinion.

But then, there were the others:

Those who thought an opinion on fashion was inappropriate and a sign of my own insecurity. Or that I was a small person because I criticized a frock. Or I was jealous because I couldn’t rock a similar frock. A few insulted me for having an opinion on the dress and also insulted others who agreed with me. I blocked one of those, because I do not allow anyone to be insulted on my social media. Not me, not others.

And a guy said it was sexist and demeaning toward women to comment on a dress.

Some felt it was a shot at JLo. It wasn’t. (Believe me, if I took a shot at JLo you’d know it.) This was merely a comment on fashion. An opinion on a dress.

Actually, JLo seems to have chosen her fashions over the years with an eye toward getting attention. She is certainly not the only celebrity who worn an outfit for the attention it would command from paparazzi.

Commentary on fashion is a time-honored tradition:  “Who Wore it Best?”  “Fashion Police.” Fashion magazines. Fashion competitions. Project Runway. All based on opinions and judgment of fashion.

But too often today, folks are attacked if they don’t sanitize their opinions, even on superficial matters. Everyone must think the same. Umm, NO.

Here’s a strong opinion on fashion I just read: “Trendy is the last stage before tacky.”~the late Karl Lagerfeld

That is definitely an opinion. Imagine what some of these silly people would say to that. (He’s dead now and so criticism of HIS opinion is no fun, I bet.)

In case these folks hadn’t noticed, fashion is all about judgment and choices, although often it’s the judgment of fashion magazine editors. And designers want judgment. Of course, they want positive commentary–who doesn’t? But that’s not always the way it goes. Chocolate or vanilla. Choices. Preferences. This is the way of the world.

I love looking at fashion. Some of my favorite bloggers are fashion bloggers. I love historical fashion, too, and never miss a museum exhibition of long-ago outfits. Fashion is art IMO. And I have opinions on art. And fashion. Opinions of all kinds.

It’s obvious that in some circles, critical opinions are bad. 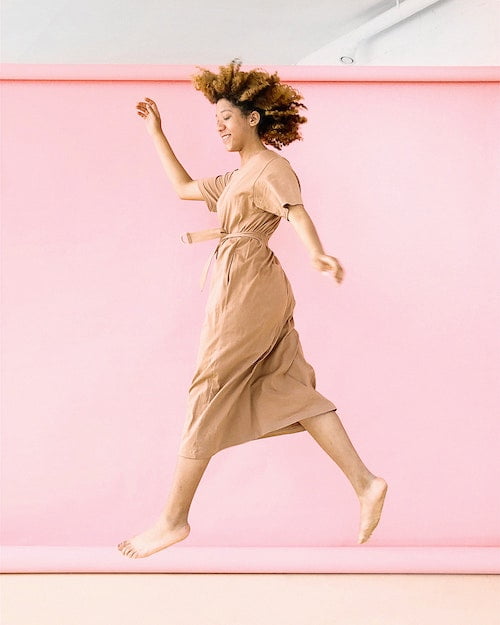 Why would it be worth anyone’s time to insult people for having an opinion on a dress?

Have we gotten so out of control that all opinions, no matter how insignificant, must be sanitized?

Someone also thought that this was not a topic I should comment on. It was too superficial. Even as they commented more than once on the post.

That person should read more of my feed–it is FULL of socio-political opinions this friend and others haven’t ever commented on.  How interesting that none of those posts elicited the response this opinion did.

If we attack people for having opinions on things don’t really matter in the greater scheme of things, we’re saying that everyone has to agree with us on everything. Not matter how superficial. And that’s just ridiculous.

There are enough horrific opinions in the political, environmental and social world for us to fight back against. To expend any energy fighting an opinion on fashion seems a waste.

What do you care if I like or dislike a dress? Why is this so important?

And then it occurred to me. Is it possible that we feel so powerless about the big issues that the only place we can swing our weight around is on the little stuff? The stuff that really doesn’t matter? Is this just about feeling powerless overall?

I’m not liking what this little episode is saying about our society today.

Oh, and yes, I love that red dress in the image. And the pink one. And the brown one, although maybe not as much as the other two. And not because I can’t rock it. Fact is, I can’t rock the first two, either. But I still love them. So there!
____________
Don’t forget our beautiful, supportive grief and healing tools at https://www.etsy.com/shop/AHealingSpirit