If you think an art museum can’t be supported solely on donations, come see the fantastic Seattle Museum of Art. I know a little something about controversy and government funding for art museums and I’d like to send some people I know straight to Seattle to see what can be done with creativity, corporate grants and community support of art. Even admission is a “suggested” donation.

This is a place for fans of just about any kind of art. Greek and Roman antiquities. 12th century gold leaf work. Impressionists. Post-impressionists. Contemporary art of every stripe. African, Asian and Native American art. So wide ranging it was overwhelming. We did a smorgasboard selection and plan to come back again and again to enjoy individual sections. What an impressive place!

I didn’t have my camera but managed to shoot a few cell phone shots. Sorry for the quality,but they give you an idea of how fun this place is. Oh, and there were kids there who actually seemed to be enjoying themselves. I haven’t seen that since D’Orsay in Paris.

A bunch of white cars emanating light beams hung over the lobby. Spectacular. 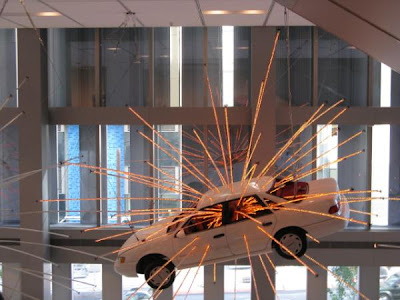 This had to be my favorite piece. It’s a coffin from Ghana. There, coffins can be made to represent any interest of the deceased. Friends carry the coffin around town visiting favorite places and friends of the deceased. Which seems like a lot more fun than sticking the dead person in a room that stinks of flowers and maudlin music. However much fun it would be to see dead people being carried around in big hammers, pencils or trains, depending on their livelihood/interests, it probably has impractical implications. 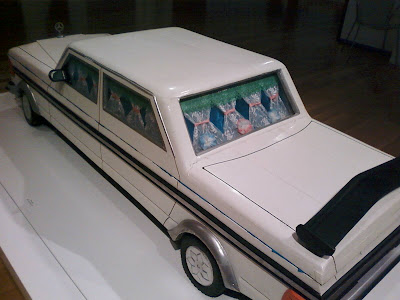 The andy warhol mediaworks exhibition was all photography and B&W video. I sat for a while in a room with six screens playing his video of faces. I watched Edie Sedgwick for about six or seven or eight minutes. Warhol was brilliant. The video capture below is not Edie, of course. SAM also had a little photo booth, where you could take old-fashioned photo strips of yourself and put them on a wall with others that made up a big photographic work, which was then put on the museum’s website. Participative art. Loved it. 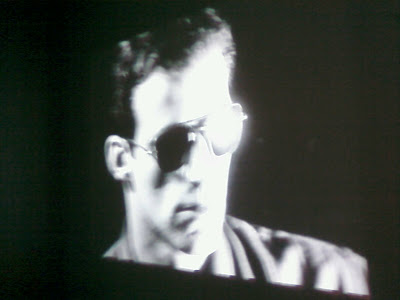 The Kurt Cobain exhibition included photography, art, audio and video installations. It was really quite wonderful. I sat on a bench in a dark room watching a video of Kurt in concert. A little Asian boy came in with a notably interracial group of friends and asked me if Kurt were going to jump on a drum set. His friends wanted to leave, and he reluctantly left, saying “But I want to see him jump on his drum set!” Apparently, the Kurt Cobain legend is learned young in these parts. 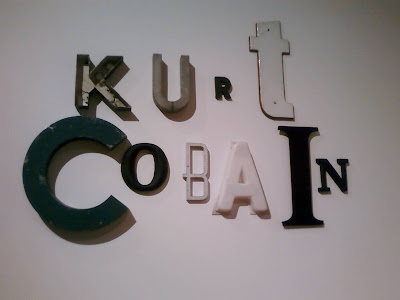 Big ole mouse, and I do mean big. As in HUGE.Standing atop man sleeping in bed. The stuff of which nightmares are made. Oh the symbolism! 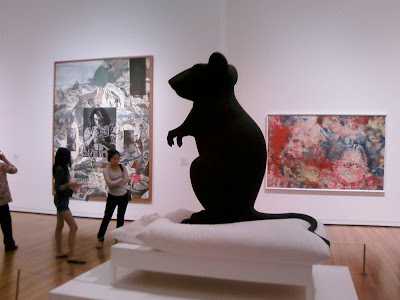 There was so much Native American (First People) art that I couldn’t possible do the range justice. But here are two pieces that struck me right off. The photos are bad, I know. 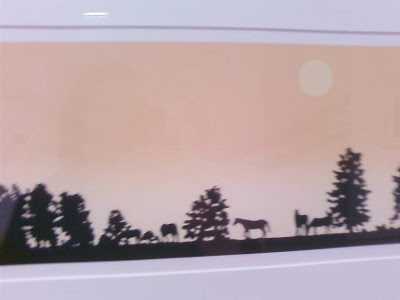 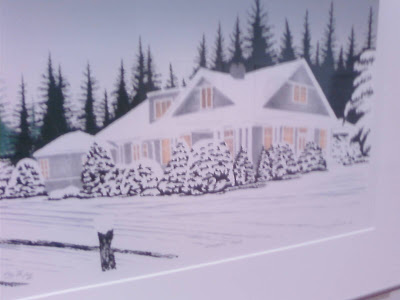 This is a very cool contemporary Robert Morris piece…the explanation is below it. 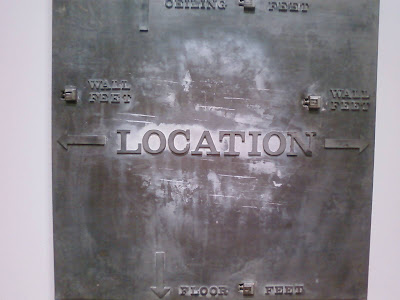 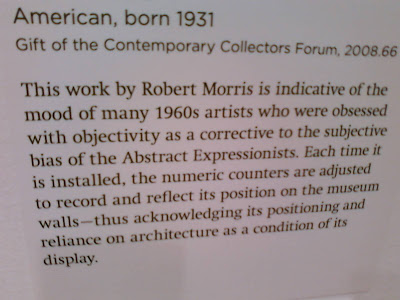 If you’re going to Seattle, don’t miss this wonderful place. Thanks, Amy, for underscoring our plans to visit SAM.