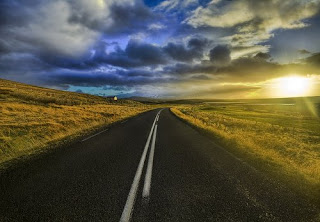 In just a few days, we’ll be off to California. Since this is FLH’s “fam” trip, I’ve been trying to give him a feel for what it was like to live out there. I don’t think I’m doing a very good job.

I lived in Silicon Valley during its hey-day. When Steve Jobs, Steve Wozniak, Andy Grove and so many other now iconic figures were part of our daily environment.

I arrived in 1984, the year Apple introduced the Mac. I lived a few miles away from Apple headquarters..

It was a heady time.

Silicon Valley was the center of the universe, as far as we were concerned. The air sizzled and buzzed with the brainpower that resided up and down the peninsula.

It’s hard to believe that decades have passed, and that those of us who were there then now have grey hair and only memories to sustain us. We have passed the baton to the next generation.

This morning I saw a documentary on Apple, called Welcome to Macintosh. Many of the key early Apple players were interviewed.

Although he wasn’t interviewed, Steve Jobs was mentioned in almost every frame. The visionary CEO is said to be returning to Apple at the end of June, as planned. I hope so. I can’t imagine Apple without him.

At least to me, the electric feel and excitement of the Valley in the 1980s and early 1990s came through in these comments made by some of those interviewed:

Those who made the Mac filled the machine with love and passion for what they were doing, which radiates outward and affects the user.

They knew they had the seed that would change the world…it was the spirit of the PC revolution, the spirit of unbounded possibilities.

The spirit of unbounded possibilities is what I miss so much about being young. When you’re in your 30s and even your 40s, the world does seem to be your oyster.

I miss the open road, the blank slate of youth.

In a way, you could say I still have some of that. The new business and my renewed relationship with FLH.

But at this stage in life, we address the open road differently. With the knowledge that we’ll have the energy to create for what is now a limited time. That the day when we’ll want to rest is, for the first time, in sight.

I have to admit that it’s hard to watch the baton being carried by another generation.

In a way, that’s why I follow Steve Jobs health and situation. He represents both what you can do with the open road, and the need to accommodate the limitations wrought by age and health.

I can’t help but consider how difficult it will be to replace him at Apple. His spirit has infused every successful product the company ever has had.

If he retires or, and I won’t even mention the alternative option, Apple will be very different.

And if and when that happens, there will be no escaping the knowledge of my own mortality.

I raise a glass today to Steve’s health and the spirit of unbounded possibilities.