My heart was singin’

We struck up a conversation with a young man sitting behind us on the light rail en route to the Bob Seger and the Silver Bullet Band concert the other night.

“You’re a little young for a fan,” I said with a smile.

He looked up from his smartphone.   “Yeah, well, a friend and I are taking our dads, they’re big fans.”

M and I laughed. Do we really need another reminder of how times have changed?

I simply can not imagine taking my father to any concert. Or M’s. Now, of course, they can hear heavenly choirs. But then? Kids didn’t have that kind of relationship with their parents, as a rule. Not even grown kids. Not us, anyway.

I was almost 18 when I first heard the opening drum beats of Bob Seger’s Ramblin’ Gamblin’ Man, a song that was getting a lot of airplay in my hometown of Rochester, NY.  Right away, I loved its rooted-in-the-heartland sound — that kind of blue-collar rock and roll resonated in our part of western New York, a region more like the Midwest than Manhattan. I bought the single–a 45 rpm vinyl disc– and played it over and over on my boxy record player in my parents’ finished basement.

Bob Seger has become an icon in the years since.

But first we had to sit through an hour of an opening band. Neither their name nor their lyrics were intelligible and their dirge-like sound reminded me of a cheap version of the Cowboy Junkies, whom I loved and miss.  But this band wasn’t anywhere near as good. Just dark.

“Didn’t I see the lead singer on the Real Housewives of Altamont?” my husband quipped.

It was a long hour, one that I regret I’ll never get back.  And then, Bob took the stage and the place –predominately Baby Boomers–went bananas.

At the mike, Seger admitted that he wasn’t in the best voice –he was getting over a bad cold — but pledged to do his best vocally. We settled in to hear some great music.  He opened with one of my very favorites: Roll Me Away.  That lyric at the top of this post? Great lyric writing. Great tune, too. And that piano? OMGosh.  I couldn’t stop smiling, or stay in my seat.  And when he transitioned smoothly from Travelin’ Man to Beautiful Loser, just like on the album–that Silver Bullet Band was on fire!

Known for his strong, raspy, rockin’ voice (just click any of the song links above), he managed only the rasp and rock that night. Still, he was Bob Seger and I grew up on his music. He’s said this tour–the Rideout Tour–might be his last, so I was thrilled to be there. 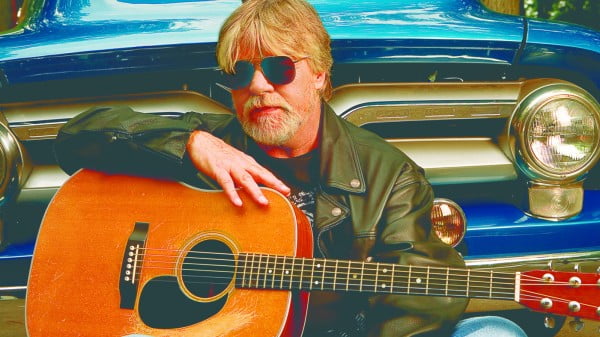 Of course, he didn’t look like the shaggy Bob Seger of my youth. He’s 70 this year, and his hair is grey. It’s obviously been nicely styled.  He wears eyeglasses now, and has the tiniest pot belly. But he can still do the rock idol thing pretty effectively. And his music still sounds spectacular. The Silver Bullet band was hot and tight–several of its members had been with Bob for 40 or more years, which is saying something.

As the band rocked out, two rows ahead of us a small woman with short silver hair and silver-rimmed spectacles stood up and began doing that  hand-waving, hip-moving concert undulation that we saw all the time in the 1960s among tie-dye clad young women with long, ironed hair. When the band broke into Hollywood Nights, her steeley-haired husband got up, too, and they began to bump hips in time to the music. She was so close I could practically see the numbers on the serviceable, small silver watch on her wrist. She could’ve been anyone’s fifth grade teacher, and perhaps she had been. But like the rest of us in the room, she was lost in the music and the nostalgia, transported back to a time when her skin was smooth, her hair long and pin-straight and her wrist sported a braided leather bracelet instead of a watch.

I loved watching her dance the night away in her row. She’s in her 60s now, but in her head, she’s a lithe young 18 year-old at a rock and roll concert, moving and bopping to the beat. There’d be plenty of time tomorrow to dip into a big bottle of Advil.

Or to call the orthopedic surgeon, because at one point she fell against her seat and the woman directly behind had to steady her.  These old bones don’t rock like they used to and don’t I know it.

The minute the music began, two men who looked like ZZ Top wannabes directly behind me began screaming.  “YEAHH!!!”   “USA!!!!”  “SILVER BULLET BAND!!! BO DIDDLEY, PLEASE!!!!”  It was constant. Rock and Roll Tourette’s. The one directly behind me had a straight shot into my left ear and he kept screaming through every single song. He was definitely enjoying himself. He did not let up for the entire concert. Not once. Screaming into my ear.

“Stick a cork in it!” I wanted to say. But didn’t.  WHY do these obnoxious fans always seem to sit near me?

Still, I tried to block him out and put myself into the music and back in the 1970s, exchanging glances and laughter with my husband and gay husband, who had come with me.  (I’m beginning to feel like a polygamous Mormon. Maybe I should have my own show: My Two Husbands.)

The crowd went doubly wild when Seger broke into Fire Down Below, singing along:

And then, Seger said he wanted to do a number from his latest album. Note the lyrics:

That smooth segue from the suggestive Fire Down Below to … ecology (!!!) underscored how many years had passed, and also what Bob had been paying attention to and what now concerned this father of two. Young Bob Seger wrote about love and being on the road. Senior citizen/Dad Bob Seger wrote about the world we’re leaving behind.

Here’s the San Jose Mercury News review of the concert. It’s a great review, capturing the spirit of the night.

Have you seen him? How was it? And if not, have you been to a concert that transported you back in time to your youth?

A picture is worth a thousand words.

15 comments on “My heart was singin’”