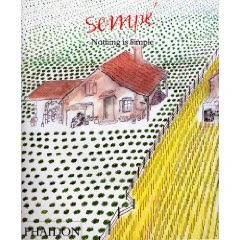 As much as we’d like to simplify our lives, the truth is that we live in a complicated world. Nothing is simple, really. Few decisions don’t have at least two nearly equivalent options. Which takes us back to the concept of tradeoffs.

This morning on HLN (the old CNN Headline News), they aired comments by what they call I-reporters. I-reporters are any idiot who sends in a webcam comment, no matter how unintelligible, badly reasoned or simplistic. It’s part of this movement toward citizen-journalism.(Don’t get me started on that, it makes my blood boil.)

Anyway, I heard some badly reasoned comments on Obama’s press conference and positions. I also heard some silly Republican shots at Obama, so clearly partisan. I continue to see these Republican idiots as just that: idiots. That’s how they come across. Idiots.

I don’t disagree that we want more substance on “the fix.”

The guy’s only 60 days in his job, trying to repair a big friggin’ mess Bush got us into. Give him a chance to think it through. To work it through with experts and advisors. It’s a complex situation. There are no easy answers, as much as we want them. Nothing is simple.

I don’t disagree that he needs to also focus on international matters.

There’s nothing more important to the American people today than the financial crisis. Jobs. Mortgages. Finances. Retirement. And then health care.

It was one press conference. I can’t blame the guy for his focus on what’s most important to us right now.

And I’m so glad that he didn’t spend the time Bush did telling us lies about international relations and activities.

We all want simplicity. The instant fix.

But it’s not a reasonable way to approach our nation’s current big problems. In fact, it’s magical thinking.