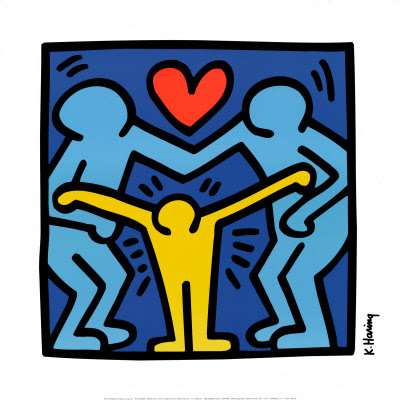 Something is wrong in the U.S. of A.

and we’re too busy waving flags at soldiers
to do anything about it.

This world is ruled by violence,
But I guess that’s better left unsaid.

While we beat our chests claiming the title the best country in the world, we were losing that distinction, first slowly, and now in an avalanche of serious problems. And one of the worst things that has happened here is the culture of violence that pervades everything in the U.S.

Violent video games
Now, look: I work in a school where smart, creative college kids make games, mostly warfare and violent games. These are bright kids, nice kids—young adults, actually. They’ve been brought up in this culture of violence. It’s how they define entertainment. In class one day, I played a game that’s going to make one of my students very wealthy. It was all about killing with medieval weapons. That’s pretty much ALL it was about.

I can’t blame him. He grew up with this. It’s what people buy. And that revenue makes game companies rub their hands with glee. Violent games=money in the bank. It’s the American way.

Violence in film
Watching the new James Bond movie I was taken aback by the amount and intensity of violence. In the old days, it was enough for a spy to get out of a tough spot by being clever. MacGyver-clever. But now, the hero has to leave a wake of bloody, mutilated bodies in his wake for it to be entertaining enough. And we see it all in excruciating detail.  I was horrified.

I don’t go to those movies—this was an exception—and I won’t go again to anything like it.

Blood and gore on TV
The popularity of crime shows is another sign that we Americans want our blood and gore. Hit crime shows aren’t about bank robbery or white collar crime. They’re about murder, and the bloodier, the better. Beamed right into our living rooms.

I don’t watch those.

Back in the days of shoot-em-up Westerns, a gun would be fired and the victim would fall over. Today, we see the blood, guts and gore in close-up technicolor. Do we think that has no impact? Do we realize that kids see it so much they are inured to it?

Violent rhetoric
Turn on any news show and watch older white men (and faux-sexy women like Grace and Coulter) puff up and get red in the face as they rant and rave and wreak violent havoc with hot and nasty rhetoric. Violent words=advertising revenue.  It’s the American way.

I don’t watch that kind of news program.

But here’s the thing: Is it any wonder that kids already on the borderline of sanity cross over from fantasy into this kind of horrific violence? It’s all they see in our country. It’s how they’re entertained and how they get their news.

We’ve become accustomed to violence of any kind and it’s not such a stretch to see that many kids today are inured to the realities of violent death, too.

Insanity depicted as “normal” or “just a little odd”
Apparently the killer’s mother was a Doomsday prepper, convinced of the need to arm herself for the coming economic decline, when, I guess, she’d have to defend her canned peas against armed and hungry intruders.

We can turn on the TV and see these kind of crazies in a “reality” show. Because there are no boundaries to what the entertainment industry will do to make a buck. It’s the American way. And there’s no stopping the networks.

I mean, armed Amish enforcers? REALLY??? Is this responsible television?

Can’t and won’t watch this crap.

Violent revenge positioned as patriotism
On my way home from my job in Tampa, I used to see people lined up on Bayshore Blvd every Friday, waving flags on the route toward MacDill Air Force Base. This began after Sept. 11 and it was chest-beating with no intelligent thought behind it.

Stop and think! I wanted to scream. Did we really want young men and women to go overseas and die for the lie that George W. and his henchmen perpetrated? How could we fool ourselves that it had anything to do with our freedom? It was about revenge, pure and simple. Violent revenge.

So they waved their flags in some misguided gesture of faux patriotism. Mindless activity with revenge as its origin, and Americans are excellent at that.

As a nation, we do not want to look at our weaknesses. We cover our eyes.

We want to beat our chest and parrot old slogans that have no relevance to life today. We don’t actually want to recognize and do something about our problems.

We hide our head in the sand and wait for the next massacre of babies. Then we can light candles and cry and hold memorials…and never address the root issues.

Best nation in the world?

Wake up, America, and face our problems head-on, before it’s too late.