Spank it. That’s right. Spank it.

I could tell there was a battery in it, but I couldn’t figure out what it was supposed to do. I moved its arms. Pressed its center. Moved its head.

M looked at it for a while and got frustrated. So he kind of slapped it on its butt. 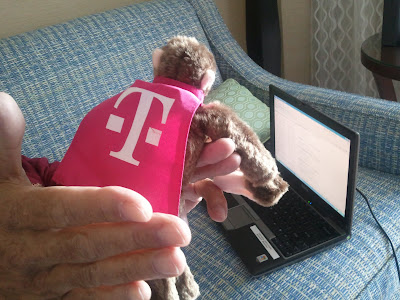 I see there’s an online game called Spank the Monkey and one called Angry Monkey, so perhaps it’s a promotion.

Am I a Luddite? Maybe.

Do people even know what spank the monkey means? For its common definition, go HERE.