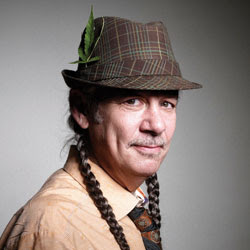 Since I was so critical of the way Steve & the crew came across in the first episode of the new reality show, Weed Wars, I feel compelled to say he redeemed himself in the second episode.

Steve served as an articulate spokesman for his cause, and even his wild-eyed brother looked good as he helped a father find the right cannabis medicine for his young son who has a terrible form of epilepsy. I was also heartened to see that the child, who had awful seizures daily, was seizure- free for the first four days he took cannabis medicine. The opiates he’d been taking before did nothing. It was a heartbreaking story and I hope cannabis’ effectiveness continues for this little boy. There is no question that marijuana has medicinal benefits that our crazy society doesn’t want us to investigate. Especially for kids. Sure, let’s give him opiates, instead, they think. It’s “prescription medicine.” Silly, limited thinking that keeps many suffering patients from relief.

I think Discovery milked that first episode for all it was worth, presenting the guys in a crazy way to draw in viewers. But the fact is, people like me don’t want to see folks getting high. We want to see credible spokesmen for the cause of medical marijuana. Which Steve was.

Dress, however, had a scene in which he sat silently in the background looking for all intents and purposes like the Ghost of Christmas Past. Only in a dress. But I’m getting used to him. And I kind of like his taste in skirts.