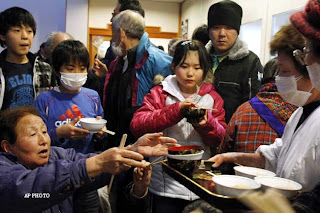 We Americans live in denial. We never think the worst is going to happen. And then it does.
The awful reports and images from Japan should serve as a reminder for the rest of us that we need to be prepared.
You may live in hurricane country, tornado territory or a flood zone. I live in earthquake country. 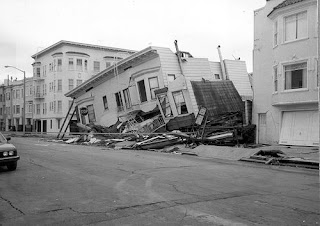 I was here for the 1989 Loma Prieta quake. We were lucky then, down in this part of the Bay area.

Still, grocery store shelves stood empty after a big rush on water, batteries and supplies. Like so many others, I stocked up with emergency supplies after the fact.
Then, four hurricanes narrowly missed the Florida city I was living in but came close enough that we knew we’d dodged a serious bullet. I was lucky again. And again, I prepared, after the fact.
But in the years since, I’ve relaxed, even as I moved back to California.
Yesterday, I looked around our garage: two big jugs of water wouldn’t go far if it were all we had. We have no ready-to-eat non-perishables. None. We eat very few canned foods, so our pantry wouldn’t hold us. 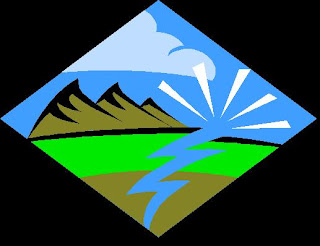 As I look at the anguished faces of those in Japan who lost loved ones, their homes and their livelihoods I am reminded that Mother Nature speaks with a loud voice. She does what she wants, when she wants and she gives no warning.
Although we can’t prevent a natural disaster, I am also reminded that we CAN be better prepared to ride one out.
We’ve begun to stock up on emergency rations.
Because if I’ve learned anything this past week, it’s that Mother Nature operates on her own schedule and we should take her seriously.

2 comments on “Still, denial lives on a fault line”