The best & worst of humankind 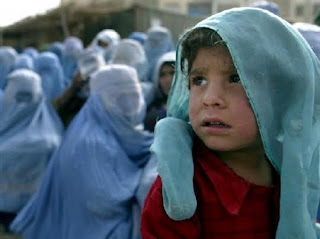 Very sad news: a group of international humanitarians providing medical aid to the poorest, most remote regions of Afghanistan were murdered last week. Many were physicians.

So many doctors today seem to feel entitled to huge salaries and charge fees that reflect it. Our own health care system is out of control. So medical professionals who leave it all behind to help those in need stand out. They take seriously the part of the Hippocratic Oath that says:

I will remember that I remain a member of society, with special obligations to all my fellow human beings.

Maybe, like me, you’ve thought of helping those in need, but would never risk life and limb to work in an underdeveloped nation, especially a dangerous one. And maybe like me, you look at people who do with great admiration.

The murdered humanitarians are paragons of their professions and their loss is a heavy blow.

They represent the best of humankind and were murdered by the worst.

All indications are that this was a robbery, followed by murders. Since the only survivor saved his own life by reciting Koran verses, it seems like it was easier for the robbersto kill non-believers. Yes, we’re back to that again. Religion.

No question: they are evil people.

But crimes happen in every country. 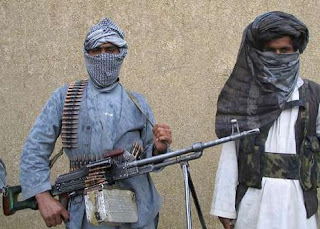 Evil exists in every culture, as well.

I would never defend the way Islam treats women. It is anachronistic, uncivilized and just plain evil. But we didn’t go into Afghanistan to right civil and social woes. We supposedly went in to protect “our freedom.” To take the Taliban out of power so that it could no longer be an Al Qaeda haven.

Of course, that isn’t really why. We may never know why, really. Geopolitics is complicated.

Some say it’s about the U.S.- promoted gas pipeline through Afghanistan. Conservatives wave the flag as they proselytize for the spread of democracy, which seems to be their knee-jerk response to everything international.

And, of course, we wanted to kick someone’s ass after Sept. 11.

We can not right every country’s social woes, especially when our own has so many problems. We can not force our own system of government on others, although we try like crazy. It’s not like our own democracy came easy.

The Taliban regime crashed and burned in 2001
as result of our attacks. But a decade later, they’re entrenched again. So what have we accomplished? They been back in power for years, and our reasons for being there are more muddled than ever. 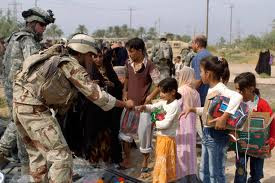 From Time magazine in 2009 (pay particular attention to what the professional soldier says):

“Al-Qaeda still thrives in the ungoverned tribal areas along the border between the two countries, and while many of its members have been killed, new recruits quickly take their place.

U.S. soldiers have learned that to deny al-Qaeda a foothold in Afghanistan will require the establishment of a government that Afghans can believe in, the security that allows them to support it and jobs that provide an alternative to fighting.

“We are not going to kill our way out of this war,” says Lieut. Colonel Brett Jenkinson, commander of the U.S. battalion stationed in the Korengal Valley. “What we need is a better recruiting pitch for disaffected youth. You can’t build hope with military might. You build it through development and good governance.” *

When a professional warrior says that the military can’t solve it everyone–regardless of political belief– should pay attention.

I don’t see how continuing to fight in Afghanistan is going to change anything. The issues in that part of the world are deeply and culturally entrenched. We don’t understand that culture. And my personal belief is that in many ways, it’s primitive. It’s a country that still has “tribal chieftains,” for heaven’s sake.

Even so, there are good things about any culture. But it’s hard to respect the positives of any culture when so much evil surrounds it.

We can’t expect a nation so primitive to develop in our lifetime, something that’s taken centuries for us to achieve.

They had the right idea. Helping their fellow human beings Contributing to those who need help. They came from a place of love and peace.

I don’t think their deaths should be used as a banner for staying in Afghanistan or for leaving.

Instead, the murders should inspire us to redouble our efforts to look more clearly at what we’re doing. Absent the political rhetoric.

To not whip the American flag up as a knee-jerk defense for fighting a war that even warriors say is ineffective.

And to know when we’re in way over our heads.

To take an honest look, for a change.

Let the chips fall where they may.

3 comments on “The best & worst of humankind”