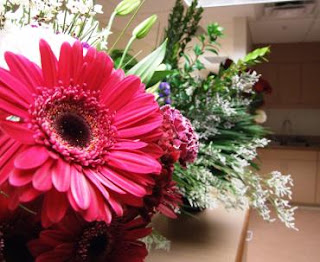 Riley has never been a real lap dog, but since I’ve been home more, we seem to have bonded more tightly.

As I sat at my laptop today, Riley in my lap, his little head hanging over my arm, I realized that I should savor these last few days of just the two of us. Because the entire menagerie is probably arriving here by Labor Day weekend.

Riley and I started out alone. Just the two of us, living in Tampa and in Pacific Grove. He’s been to dog parks in California, day care and pet resorts in Tampa, and he’s marched in a Fourth of July parade in Colorado.

I think I figured he’d always be an only dog, or maybe one of two, if I got another little one to keep him company.

Now, he’ll be one of six animals in the pack. (Albeit, the leader….)

This chapter is closing and even though I am excited about expanding our little family, I’m a little teary about it, too.

Those quiet days of just the two of us are going to be distant memories. For the rest of our life together, we are going to have an entire pack that will take some of the attention we’re used to giving each other.

I know it sounds sappy, but I’ve always found endings hard. And while this is the happiest of all endings, I do recognize that things will be different. Riley will have a real pack.

I’m happy for him.

But there’s a part of me that will miss those (mostly) quiet times.