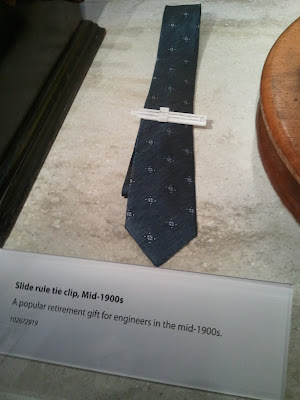 I live in a place where slide rule tie clasps are considered
worthy museum pieces.

And maybe I’m just a little bit proud of it.

Because Silicon Valley has always rocked in its own
geeky way and still does.

When several Floridians asked me last month if Silicon Valley had gone bust,
I was taken aback. They thought big tech companies had all just disappeared.

To paraphrase Mark Twain, “Rumors of Silicon Valley’s death have been greatly exaggerated.”

The critical mass here is substantial.
Even a high unemployment rate doesn’t mean that companies like Google, Ebay, HP, Apple, Oracle, Adobe, Intel, Yahoo!, Cisco, National Semiconductor, McAfee,
Facebook, Silicon Graphics and so many, many others have disappeared.

But I think you have to live here — or do business here — to really understand
the significance of what goes on in this valley. And how damn
much goes on.

Or maybe you have to spend a few hours here: 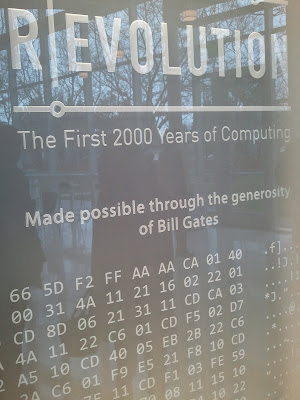 “Revolution:The First 2000 Years of Computing” is an apt title
and the 19 galleries here show you in great detail just how revolutionary.

For example, these are replicas of “Napier’s Bones”, tiles that comprised an early
calculator. “Early,” as in the 1500s.
Yep. THAT early. 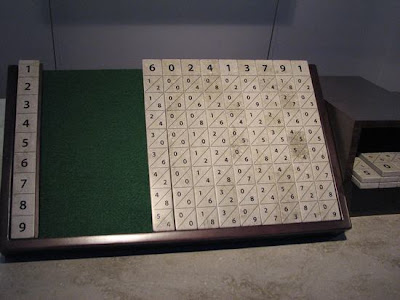 The display had detailed computation instructions that looked fairly simple.
But I was lost at Step 3. 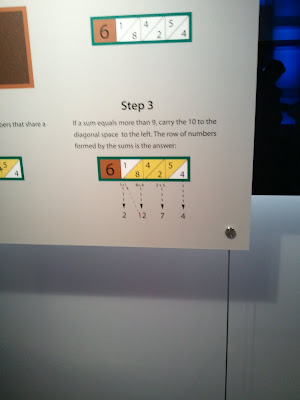 I certainly felt much better when I saw our friend, R,
frowning at the tiles and instructions.

That’s because he is a PhD mathematician
who’s kind of famous in his field.

Here he is, pondering. 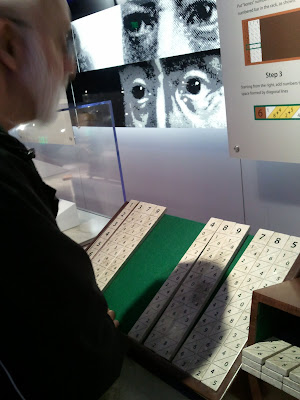 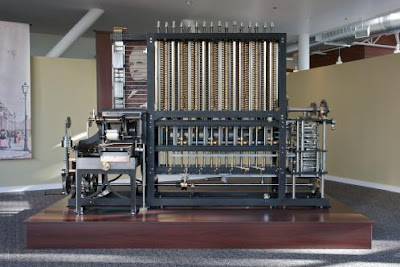 This is the very coolest thing I saw there. It’s the Babbage Engine.

Charles Babbage was an English mathematician who conceptually invented the computer 153 years ago. But he never built it. However, The London Science Museum DID build it, in 1991, faithfully keeping to Babbage’s original plan. And it worked.

Then, Nathan Myhrvold, the very eccentric former chief technical officer at Microsoft, decided he wanted one for his living room. {His living room also contains a T-rex skeleton.}
He funded it, and it’s on loan to our museum.

Yesterday, we saw it operate. Astonishing.

So here’s the deal: 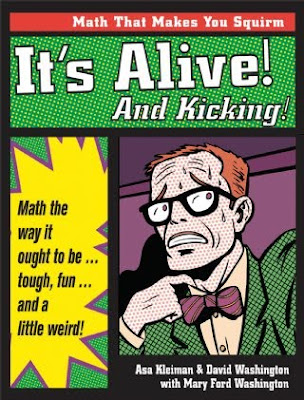 Technology is alive and still a vibrant part of Silicon Valley.

And these are only a teensy sampling of the historical
advances in electronics on display.
2000 years worth.

If you’re in the San Francisco Bay area, spend a few hours
at the Computer History Museum.

If a trip’s not in your future, you can get a feel for it on its website:
http://www.computerhistory.org/exhibits/

{Oh, and don’t believe everything you read.}