The courage to change ~ part one 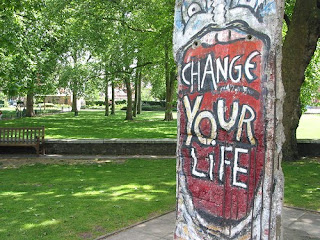 My friend, Diana Baur,is the proprietress of Baur B&B in the Piedmonte section of Italy. Diana and her husband, Micha, moved to Italy some six years ago to restore this old property and open it to guests.

It takes courage to make this kind of change at mid-life. I’ve asked Diana to share her story in a guest blog post.

Over the next two days, you’ll read a little about Diana’s story. And what it takes to make a life change this huge. Here’s Diana:

The Power of the Backpack
There was once a woman whose life had brought her a foreign place where she knew no one. She had everything she ever held dear in her backpack.

When she got to the desert, she started to cross the sand. After a few steps, she could see an oasis in the distance, and started walking in that direction.

Soon her back was aching to the point where she could not go on. She found shelter near a dune, and decided to stop there and rest overnight, scared to move ahead, scared to move backwards, because with her back hurting so much, both meant certain death. 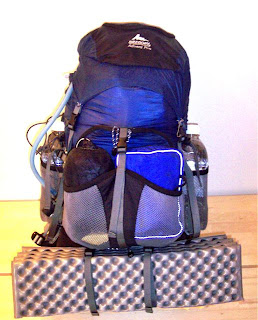 The thought of living without the treasures in her backpack was unimaginable – they were the experiences that had gotten her thus far in life, and she could not discard them.

In the night, an angel appeared in her dreams, and said one sentence to her.

“Have you forgotten that you have pockets?”

She woke up and immediately began removing the things from her backpack and redistributing them into her pockets, tucking some of them in her socks and shoes, wrapping some of them around her waist. She threw her backpack in the sand, and with new Energy, reached the oasis by sunrise with a bounce in her step where she drank from the fountain of Life.

It is somewhere around mid-life that we start an unconscious review of the components of our lives. Things have started causing us pain that before were of no consequence. Relationships, jobs, children, commitments, running around doing/shopping/helping/cleaning have brought us to a point where we are, well, tired. Tired with a Capital T.

And we have the sinking feeling inside that if we continue on this path, the path we set for ourselves in our twenties or thirties or even in our energetic forties, we might not live long enough to apply for Social Security.

When these things happened to me, I was already in a foreign country living an expatriate life. My backpack had been full for a long time. Full of having adjusted to new cultural norms, a new language, a new career as a language and cultural trainer, a new currency, and an old case of corporate burn out which I had buried way down in my back pack and brought with me from the States.

By the time we made the decision to change our lives and become innkeepers in Italy, my back was killing me.

But I kept going. I worked like crazy, like women do everywhere, to make it all happen. But my backpack kept getting in the way of me fully enjoying the process-until one day, when the straps broke, and my life fell down around me on the floor, in all of its parts.

The parts turned out to be quite interesting.

This is Part One of a Diana’s story. For more information about Diana, see her blog at www.creativestructures.blogspot.com. For more on Baur B&B, see www. Baurbb.com. Part Two tomorrow.

11 comments on “The courage to change ~ part one”