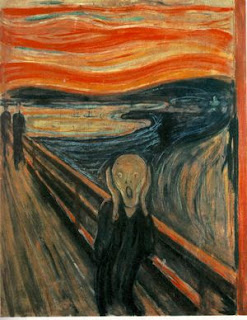 The trauma continues. My blood pressure is sky high over it, too.

The test that was supposed to happen today but couldn’t happen till tomorrow because the pet scan machine was broken? Well, the insurance company refused to cover it.

The death panel thought M. didn’t need it. (Because that’s what it is, isn’t it? People who make life and death decisions who have never even seen or talked to the patient.)

So after a total freak out on my part, M. used his clout to get the state insurance dept, the third party reviewer and lawyers for the insurance company on the phone to discuss their death panel. The result was that they agreed to take another look at the “need”.

Then he negotiated the hospital down to 1/4 the price, as we were going to pay it out of pocket. Which frankly, was no big deal. If we’ve spent that much for vacations, surely we can spend it for state-of-the-art medical care.

But frankly, I think the insurance co. was so intimidated by the conference call M. put together that they would’ve covered it in full.

Of course, isn’t it interesting how a procedure that costs $17,000 for an insurance company can cost $4,000 if you negotiate it as a private pay patient? Was I talking about greed earlier this morning?

Enter Dr. Ad Hoc, the imbecilic cardiologist who is too busy to listen to a fu_ king thing. He and his buddies consulted, and he said there was another test he could do in the office that “probably” would tell the same thing.

M. agreed and cancelled the pet scan. Pretty much guaranteeing the insurance company will never agree to cover it.

The test Dr. Ad Hoc is going to do probably involves tin cans, a string and a stethoscope. 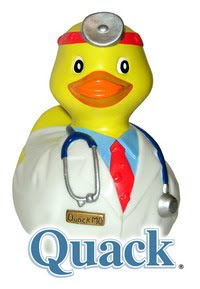 I am completely incensed over the ad hoc medicine practiced by this quack, who is the “quarterback” of M’s medical team. I have no confidence in him. At all.

My husband’s life and health are in the balance and I am unglued to the point of tears.

If this other test, shorter, cheaper and in the office, was so good, why wasn’t it the first choice? What would the pet scan have shown that this wouldn’t have?

M. says that I can discuss all this with the doctor when he goes on Wed. Of course, I’ll be on the phone, because I am here in Tampa preparing for the first day of classes at UT on Mon. That is, I’ll get to discuss these things if Dr. Ad Hoc can sit still for a few minutes so M. can get me on the line. Something the quack couldn’t do two weeks ago.

I can’t even type this because I’m ready to cry. So I’m going to go do just that.

3 comments on “The death panel and ad hoc medical care”