The down side of democracy (small d)

You probably have your own favorite blogs, right? Like middle-aged-diva, of course. 😉

I’ve also been following various blogs for several years, and try to keep up with at least a few that are considered “hot.” Just so I can see what’s on trend.

“Hot” seems to have an interesting definition.

A New York socialite has had an acclaimed, award-winning, high-profile blog since 2006. She’s won at least one international award for it and has gotten major publicity. But I can’t for the life of me figure out why. She seems a nice enough person, but her posts are way on the “lite” end of the continuum: photographs of her vacations, charity functions she attends, and shots of her yard.

Her most popular feature is weekly photos of her dog, who is adorable. She’s married exceptionally “well” and even though her life is full of interesting trips and events, she offers no insights or interesting discussions about what she’s seen and done.

I just don’t see it as award-caliber stuff.

I follow a design blog written by a flippant young woman. The blog’s interesting and so is she. Definitely fun to follow, because she haunts Craigslist and other places for cheap furniture to re-do. Her ideas are usually super-creative, although I don’t always share her taste. Still, it’s a fount of ideas.

But here’s what’s distracting: many of her adjectives contain the suffix “balls.” As in amazeballs. Shitballs. Sexballs.

Or she uses made-up adjectives such as highfart and there’s frequent scatological talk, such as one recent post that mentioned dropping poos from excitement. Or a fartsandwich.

It’s an interesting blog but jeez, love it or i will fart on you?? Henry Miller must be rolling in his grave. 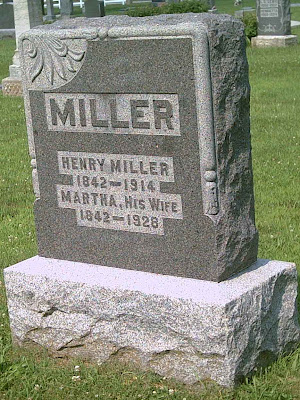 I mean, OK, my real view of Miller is that he also used “forbidden” words gratuitously. For shock value. But at least he used them in literature.

Of course, some might argue that today’s blogs are tomorrow’s literature. I wouldn’t agree. Well, maybe some blogs. But certainly not one that threatens a flatulence attack.

I also follow another famous blog that’s gotten the young author two book contracts. Her distinct writing style sometimes seems forced. But as a voyeur, I get fascinating glimpses into her life and personality. Which is what blogs do, at their best. They’re a window into the blogger’s life.

This particular blogger can seem insufferable at times, but I put it down to youth and have gotten rather attached to her and her blog.

I won’t bother to deny that I’m addicted to celebrity gossip blogs and I follow a handful of them. Thankfully, Perez Hilton has stopped drawing penises on his blog’s celeb photos. (See below.) However, he’s now picked up the balls suffix. Did I not get the memo on this contemporary trend in writing? 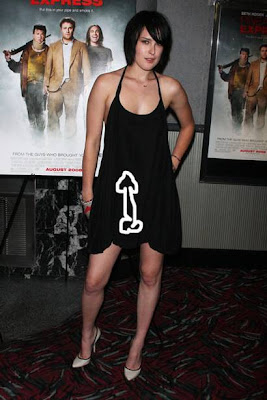 Actually, I’ve recently used the term holy shitballs in an email to a friend. So I know this stuff is getting to me.

Michael K of Dlisted has a dirty mouth. But it’s very, very funny most of the time. Snarky and cleverly nasty. I suppose I should hate myself for liking it so much. But I don’t.

Anyone can blog, thanks to the democratic nature of the internet.

But not every blog is interesting.

Some blogs are way too much about people working out their own stuff. After a while, they can get repetitively tiresome or whiney. (Believe me, I’ve written posts like that. Thankfully, I let most of them sit before posting and when I go back and reread to edit, I am appalled.)

But others offer just the right amount of angst and insight so that readers can see their personal growth and be inspired by it.

If you have the time to sort through the chaff in the blogosphere, you might find a few nuggets, as I have.

If you’d like the names of any of these blogs, just ask via email or comment below.

One comment on “The down side of democracy (small d)”