The "glory" of war 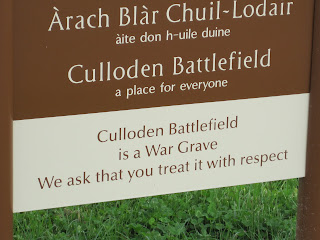 There seems to be no end to the way we humans memorialize the carnage of war and we stopped by the Battlefield of Culloden and its elaborately detailed and well-done visitor center this morning to ponder the meaning of it all. 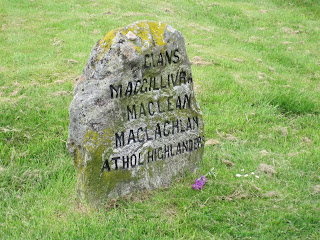 This battle between the Brits and the Highlanders (Jacobites) was less than an hour long, but it ended the chance of Catholicism returning and broke the back of the Highlander aristocracy.

An excellent surround-sound/vision re-enactment film was so well-acted that we could see the fear on the boy-soldiers’ faces as they charged. And also the look on the faces of the British soldiers, also young, as they looked down at the bodies of their enemy. 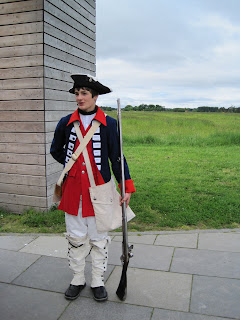 Out on the battlefield, the wind whistled desolately and we could almost hear the voices of soldiers, the explosion of muskets and the clank of their swords and shields. 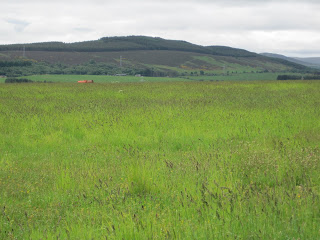 The grave markers were sobering out in that big field. One hour: life or death. 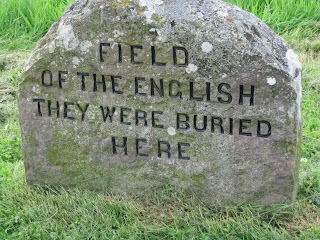 Traditionally, British soldiers get battle patches for wins, but this was the only battle ever for which they were not given patches—because of the atrocities they perpetrated. 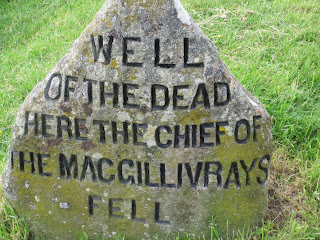 As I’ve written before, I think war is a stupid invention of men, and this exhibit was a reminder of that.