The human race is hugely diverse 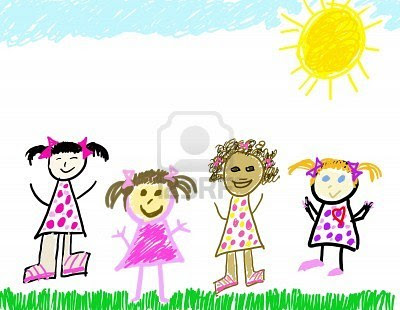 Friendship’s on the agenda again today.
Seems like it should be easy, doesn’t it?
I think so, anyway.
I love my diverse group of friends. They’re all different
and I wouldn’t have it any other way.

They also play nicely together.
Because one thing they have in common:
they’re all nice people.

I was talking to a friend in another state the other day,
about someone we both know.

“For some reason, she just can’t deal with friends
who are different than she is,” my friend said.

Hmm. I thought.
Maybe it’s some form of insecurity.
You know, an inability to find a foothold
when the environment is different than what she’s used to.

One of our brainy friends just won the
equivalent of the Nobel Prize for IT.
Neither M nor I even rate on his IQ scale,
which could make us a little insecure.
It doesn’t.
He could be an intellectual snob.
He isn’t.
He is a complete delight to be with
and takes it well when we tease him about his work,
which no amount of schooling would make us
even begin to understand.
We love to be in his company.

It’s true that it’s human nature to gravitate to people most like us.
But most of us do enjoy relationships with people unlike us.
And if we’re lucky, we learn a little from them.
{Although trust me, I’m never going to learn even
a tiny bit of the math our friend works with every day.}

“It’d be a pretty boring and limited life if all our friends
were exactly, the same,” I observed.
And so it would.

Here’s the great thing about young kids:
they just don’t see differences and separations.
It’s something they have to be taught.

A shame that this is something they eventually learn
because it would be a much more fun world
if we focused not on differences but on the fact that
we’re all members of the same human race.

That’s what we have in common,
and it’s plenty.

One comment on “The human race is hugely diverse”