The paradox of death 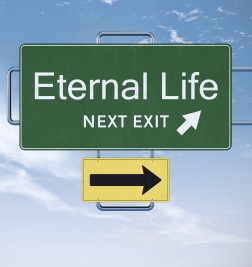 Because I could not stop for Death,
He kindly stopped for me;
The carriage held but just ourselves
And Immortality.
-Emily Dickinson

It’s always seemed curious to me that churches fill their pews with believers who sing the praises of God and the eternal life that awaits them as they are reunited with loved ones who have gone before.

And yet, we fear death, and when a loved one crosses over, we grieve deeply, as though we’ll never see him or her again. If we truly believed, would our fear be as great or our grief be as deep?

Like most of us, I was raised in a faith but it never really took in any meaningful way. I came to my own spiritual beliefs late and now that I have, they include a deep belief that life goes on after death. Maybe not with celestial harps and winged angels, but in some happy form or fashion in a different dimension.

When an old friend recently made his transition, I found myself almost excited for him, and joyful. I know some of his friends and family who have gone before and I loved the idea that they met him as he crossed over into the afterlife.

I think this is the great paradox of death: even as we sit in church, singing about and praying to God in heaven, we look on passing into the next realm as something to fear, to mourn.

Maybe it’s time to start thinking about it differently.